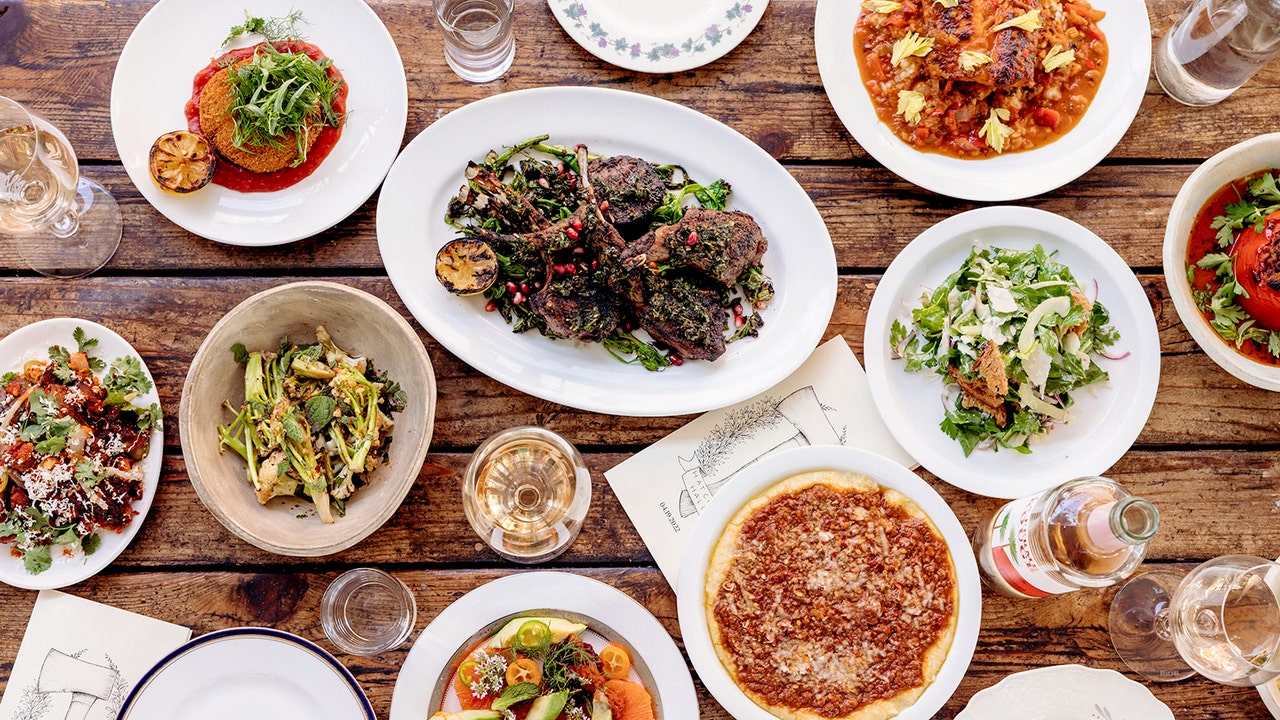 LOS ANGELES – Whether you fancy sushi or Italian, French or a classic burger and fries, California is full of restaurants with something for everyone.

The Michelin Guide recently added 37 restaurants to its California lists, classifying them as “new” so foodies can enjoy ahead of the annual reveal of the full selection on Dec. 5 at the Petersen Automotive Museum in Los Angeles.

“By unveiling some of the novelties brought by our inspectors throughout the year, we are enriching our digital tools to further strengthen the ties that unite us with foodies,” said Gwendal Poullennec, International Director of the MICHELIN Guides. “We hope that these revelations and regular updates of the selection throughout the year will be as many opportunities to highlight the profession and to invite everyone to discover and support the restaurants that surround them.

Here is the list of restaurants as well as overviews of the ratings of Michelin inspectors:

AMA Sushi (Montecito)
It’s worth jumping into the omakase to get a taste of the chef’s artistry, which begins with a trinity of bites ranging from soba noodles and fried eggplant to sesame tofu.

Bar The Coast (Los Olivos)
Slip into one of the cabins or banquettes and settle in for a meal that’s an ode to the sea and best enjoyed with shared plates.

Bird and buffalo (Oakland)
Picnic tables wrapped in gift wrap with colorful plastic tablecloths and nonchalant, unhurried service easily conjure up the casual roadside eateries scattered throughout Thailand — and thankfully, the multifaceted and punchy flavors too.

Camphor (Los Angeles)
Camphor plates are very good French dishes with a pinch of spices from India and Southeast Asia. Creative cocktails, including the refreshing Saint-Germain, complete the experience.

Chulita (Venice)
Tacos are served all day at this place where Mexican cuisine with Oaxaca and Californian influences reigns.

Cyrus (Geyserville)
Celebrity wine region chef Douglas Keane has returned to the limelight with his relaunch of Cyrus at Geyserville. Dinner is a bubbling experience that moves from canapés and champagne in the living room to small bites in the kitchen and culminates in substantial compositions in the dining room.

Damian (Los Angeles)
Housed in a remodeled warehouse with polished concrete, exposed brick and pendant lighting, Damian has that chic industrial look and the menu speaks to a cuisine that is rooted in the nuances of Mexican cuisine.

The Dutch (Ojai)
This original concept offers a bakery/café during the day and a trendy Burmese restaurant in the evening. Come hungry, as this heartfelt menu is packed with snacks, salads, curries and large plates designed for sharing.

Ember (Arroyo Grande)
Its inviting rustic and industrial interior is the perfect setting for their heartfelt, down-to-earth cuisine. You’ll likely never tire of the contemporary menu filled with comforting favorites.

The hatch (Paso Robles)
It’s bird hail from The Hatch. This downtown Paso Robles restaurant worships rotisserie and the roast chicken is indeed the go-to order.

Hatchet Hall (Los Angeles)
It’s open-fire cooking, rendered with a southern accent and seasonal focus thanks to an abundance of local produce.

Hi Felicia (Oakland)
The transformation of a popular underground supper club into a veritable brick and mortar may sound like a familiar tale, but rest assured there’s nothing stereotypical about this East Bay iconoclast, whose name is a hint at the kind of exuberant irreverence diners should expect.

in bloom (Paso Robles)
Executive Chef Kenny Seliger and Executive Sous Chef Ron Frazier take the now classic California menu and give it a nifty update (sweet parsnip cannoli, anyone?) at in bloom. Their cooking is confident and their dishes really come to life.

Ken (San Francisco)
The city has its share of intimate omakase bars, but few offer as much cozy charm as this six-seat gem in the Lower Haight.

Kingfisher (San Diego)
A striking central bar provides the perfect perch for thirsty patrons to wet their beaks with a terrific assortment of inventive cocktails, which perfectly complement the tantalizing menu of inspired Vietnamese cuisine.

Kin (Los Angeles)
Chef Ki Kim delivers something special with Kinn, and his experience at high-end restaurants informs the menu, which features revamped dishes with a Korean bent.

Kodo (Los Angeles)
Off-menu specialties, such as the Japanese sea snail, are particularly memorable, while the sea bream and octopus are impeccable. A steaming bowl of clams, garlic and butter is a dream.

LA Cha Cha Cha (Los Angeles)
This sister location to Terraza Cha Cha Chá in Mexico City lives up to its name with its upbeat atmosphere. The menu is refreshing and simple yet inventive with a roundup of well-designed botanas, main platos and desserts.

The Little Rascals (Paso Robles)
Meals begin with a hot gougère before moving on to a selection of hearty entrees. The menu features several entrees, though most eyes are on the perfectly cooked steaks.

Matu (Beverly Hills)
The inviting ambience is enhanced by a visible kitchen with a view of the action, and the warm and courteous servers complete the experience.

Meteors (Los Angeles)
Chef Jordan Kahn sets out to cast a spell with his highly inventive cuisine, which defies careful categorization, using ancient cooking techniques like hot stones and high flame while employing a unique and modern tapestry of eclectic and global ingredients.

Nate’s on Marsh (San Luis Obispo)
Nate Long is the consummate host and the service is exceptionally warm, though it certainly doesn’t hurt that the menu is packed with classics and riffs on favorites that will keep you coming back for more.

FESTIVAL of peasants (Solvang)
It might seem impossible to get even more charming than its Solvang surroundings, but FEAST Peasants double down and deliver. This daytime cafe by Michael and Sarah Cherney highlights the seasons on its sandwich-based menu.

Pizzeria Bianco (Los Angeles)
Anyone who thinks Los Angeles can’t compete with New York when it comes to pizza obviously didn’t go to Pizzeria Bianco. There’s a reason the long queues meander through ROW DTLA and line up at the take-out window with diners eager to sample chef Chris Bianco’s pizza.

Ramen & Tsukemen TAO (Buena Park)
This unassuming spot in an easy-to-miss spot in an outdoor mall belies the wonderful steaming bowls found inside.

Rebel Omakase (Laguna Beach)
As the name suggests, omakase is indeed the name of the game here, and with its seasonal and ever-changing selection of fish, you’re sure to have a unique experience every time you visit.

At Saffy’s (Los Angeles)
From the hitmakers behind Bavel and Bestia comes this breezy space awash in shades of starburst pink and orange marmalade. Skewers of lamb and pork cooked on long metal skewers are the main event, but the appetizers easily hold their own.

Sushi Kaneyoshi (Los Angeles)
Great care is taken over every detail, from the quality of the ingredients to the artful plating – some dishes are handmade by Chef Yoshiyuki Inoue.

Yuji (San Francisco)
Specializing in kappo cuisine, the 12-course menu also reflects the seasons, with a progression of dishes covering a series of delicate bites, both hot and cold, culminating in a hearty dish of steamed rice (which can be enriched with hairy crab or a similar delicacy), accompanied by a marinated and tasty miso soup.

Yunomi handroll bar (Los Angeles)
Chef David Movsisian’s Yunomi Handroll is located on a stretch of East 3rd Street that’s become a hotbed of great dining and nightlife, and this cool, welcoming spot certainly keeps up with its neighbors.

In September, Michelin added more than a dozen Los Angeles restaurants to its guide. You can find the list in typing or clicking here.