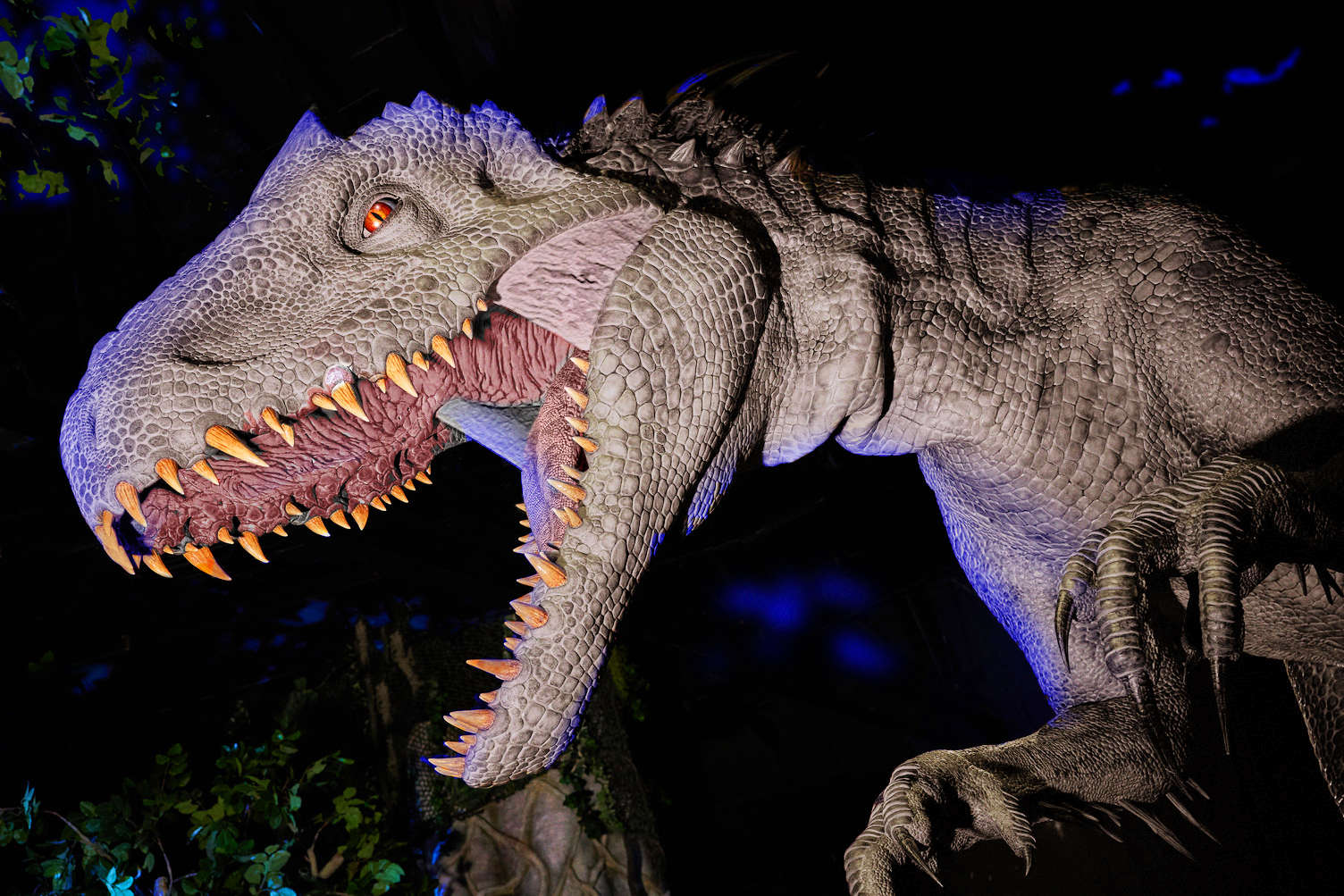 Hello and welcome to a week-long doozy where theme park reopening news is concerned. Before getting to the heart of the matter, if this indominus rexthe gaping mouth didn’t alert you from the start, this column will include light spoilers for Jurassic World: The Ride and The Secret Life of Pets: Off The Leash, both at Universal Studios Hollywood.

With that out of the way, let’s get into all things West Coast. All eyes are on the Pacific Coast this week as California prepares to open its most famous theme park, Disneyland, later this week. While we’re going to delve into the notable attractions that open there, Universal Studios Hollywood and even Knott’s Berry Farm, we can’t go on without touching on some more another one update regarding theme parks exclusive to state guests, which somehow is no longer true. Kind of.

Basically, the state is confused, we are confused, everyone is confused; as the Los Angeles Times’ title aptly states, “California Theme Parks Can Now Welcome Out-of-State Visitors, It Seems.” The entire storyline is harder to parse than the full spelling of Guardians of the Galaxy – Mission: BREAKOUT! but some parks, such as SeaWorld San Diego, are now open to fully vaccinated foreign guests, and others can apparently do so if they wish. Universal Studios Hollywood is “evaluating its next steps,” according to the CO registerwhile access to Disneyland Resort will remain limited to California residents for the time being.

Elsewhere, COVID-19 safety precautions appear to be changing at amusement and theme parks across the country. At first, all open venues appeared to share the same requirements – masks at all times except when eating or drinking and social distancing on rides and in queues – but the rules have since become divergent. Walt Disney World began allowing guests to remove their masks for photographs earlier this month, Dollywood no longer requires guests to wear masks outside, and Cedar Point yesterday unveiled a whopper from an ad of the pandemic era when he shared that he would no longer require participants to wear face masks on rides, which themselves will no longer be socially distanced. (Masks will only be required when visitors are indoors, unless they are eating or drinking.)

With this change comes the knowledge that transmission outdoors and away from others is unlikely, but it must be said that social distancing in parks is undeniably fluid. Queues may have markers but they are not always followed by other guests, and social distancing on the move, especially when walking narrower paths, is not a guarantee or sometimes a possibility . With new CDC guidance likely to be announced this week, we await further details and the possibility of more changes along the way.

Yet, finally, California’s theme parks are back. Universal Studios Hollywood is open, Disneyland is welcoming back employees today for a soft opening ahead of its April 30 reopening, and Knott’s Berry Farm is gearing up for a mid-May return.

(On a personal note as a California resident, I have to say things feel good here. We’ve been through a hellish winter that has seen California become the epicenter of the pandemic in America and now, with a robust vaccine rollout that has nearly half the state partially vaccinated and COVID-19 cases continuing to dwindle, the light at the end of the tunnel for fun-hungry people in a disastrously dark year has finally arrived.)

SoCal theme parks welcoming guests again — with limited capacity and advance reservations, of course — after more than 400 days of closure would be a historic moment in itself, but there’s a lot more at stake. three parks have something new to see aboard a passenger vehicle that is tied to their history and bright future. With a little something old, a little something new, and so much to experience, here’s what you can expect from SoCal theme parks when they reopen this spring:

The movie-inspired rides at LA’s only true theme park have sometimes been derided for their reliance on screens, but two hands-on rides that debuted when it reopens on April 16 are sure to leave any pranksters in awe. .

The Secret Life of Pets: Off The Leash was almost ready to go when the pandemic hit in the spring of 2020. Now the animated pets are finally on display in a dark ride filled with eye-catching explosions of animatronic dachshunds, scruffy cats, and all the types of pets imaginable. Without saying too much, the attraction takes guests — or, in this scenario, stray pets — on an eventful journey to “Adoption Day,” where they’re ready to find their forever home. The facial mapping not only turns guests into cuddly little creatures, but the dynamic scenes and robust displays along the ride make it an ideal choice to ride again and again, just to soak up the details and see which family. takes you home this time.

But, as far as shocking new reveals go, Jurassic World: The Ride really nailed this one. The reimagined Shoot the Chute – it’s the theme park that talks about “has a big chute at the end” – goes above and beyond with the addition of several new animatronics, including an Indominus Rex that walks. I repeat: IT WORKS.

I rode last week on an unluckily cold day, shivering under my poncho, goggles beyond soaking wet, and found myself like the Dennis Nedry of the bunch, wiping the elements off my lenses to see the prehistoric beast standing in front of me, only to realize that it was moving. Park operations continue to change since my visit and other attractions, like The Simpsons Ride and Despicable Me: Minion Mayhem have since opened, but I have to come back only to repeat this ride – not just to experience an attraction which proves itself even more after its original debut, but to confirm that this 22-foot-tall beast really existed. (Check out some images of this monster here.)

It goes without saying that the reopening of Disneyland Park on April 30 will be a sign that things are indeed heading back to normal. The state of society can so often be determined by the closing of Disneyland’s gates and the return is nothing short of significant, especially when it comes to the park’s Fantasyland attractions dating back to 1955. One of them, Snow White’s Scary Adventures, began on Disneyland’s opening day as Snow White and Her Adventures, and will debut that day. New opening day of sorts as Snow White’s Enchanted Wish, a new take on the classic fairy tale ride.

What’s left of the dwarves’ shining gems has yet to be seen, but it’s not the only classic attraction that’s seen a bit of an upgrade while the park was closed. Haunted Mansion will have its own interior upgrades, while King Arthur Carousel has received a new gold exterior.

This quirky SoCal theme park may be the last to fully reopen (they’re currently busy with the final dates of the excellent Taste of Boysenberry festival), but Knott’s Bear-y Tales: Return to the Fair, which officially opens with the park on May 21, will be worth the wait.

The 4D interactive attraction, which sees guests shoot jelly blasters to collect boysenberry pies and win the top prize at the fair, serves as something of a sequel to the original Knott’s Bear-y Tales, which opened in 1976 and closed a decade later. Bringing rides back from the graveyard doesn’t…really…happen, which makes this crowd-pleasing move much more important than creating a new ride. The characters, Boysen Bear and Girlsen Bear, are a holdover from the original ride, while settings like Frog Forest and Weird Woods are reimagined destinations since its first iteration. With fan-favorite attractions so often torn down to build something new, the choice to bring an existing attraction back to its roots is incredibly intriguing, and I personally can’t wait to preview it later this week.

Stay tuned for next week’s update for a review of Disneyland rides reimaginings, Knott’s new ride and Universal’s third week of operations – and you can follow on Instagram and Twitter for last-minute details on Disneyland’s reopening this Friday. See you next week !

California hotel workers sacked due to COVID-19 get rehire rights