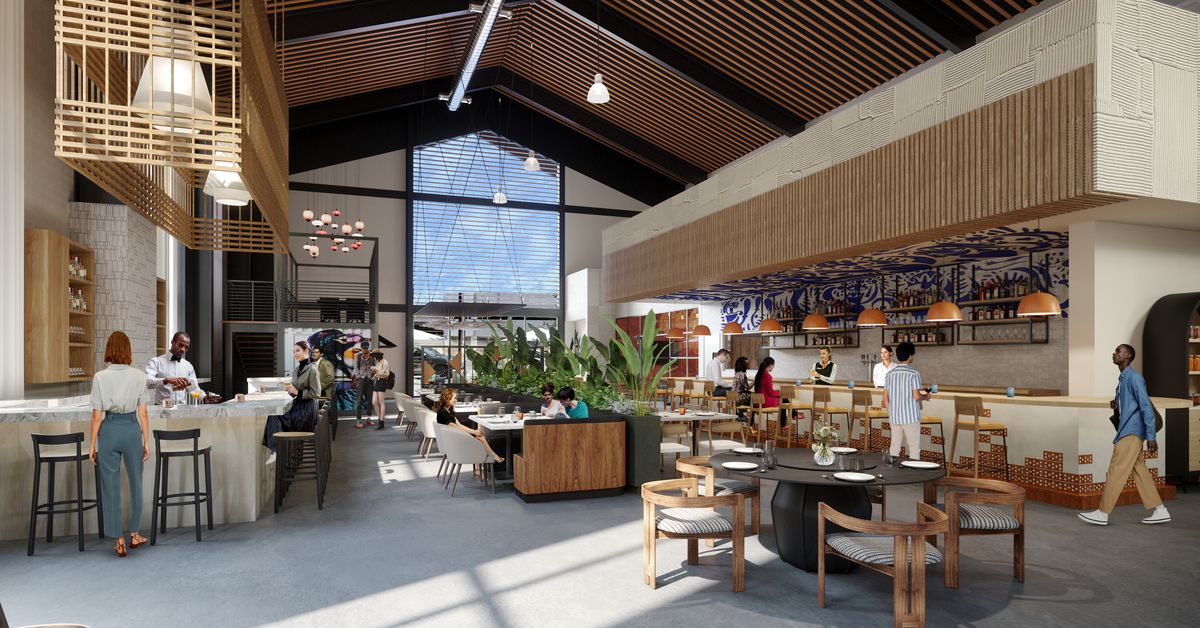 The Saint Honoré, Soulbelly and California restaurants are moving into a new dining room

A new food hall of more than a dozen restaurants and bars is heading to southwest Las Vegas in early 2023. The Sundry occupies 20,000 square feet in the UnCommons shopping and dining complex with a mix of small restaurants and full-service restaurants run by award-winning chefs.

The project is the first of TableOne Hospitality, the partnership between chef Michael Mina’s Mina Group, CEO Patric Yumul and management company Highgate. The Sundry will house each of its rooms under one roof. Among them, star chef Dominique Crenn will launch La Madrina, a vegan taco restaurant with a long list of tequilas and mezcal. Japanese chef Shotaro “Sho” Kamio will introduce Mizunara, a temaki bar specializing in open-style, handmade sushi. Mizunara will join an adjacent bar housed in a whiskey shipping container, showcasing an extensive selection of Japanese whiskey and sake.

The food hall represents the first of its kind off the Strip, and the second announced this month, with the Proper Eats food hall at the Aria Resort and Casino slated to open this winter. The Sundry joins a growing lineup of restaurants at UnCommons, including Nicole Brisson’s Italian restaurant Amari, a new location at Wynn’s Urth Caffe, Mexican steakhouse J. Blanco and San Francisco-based Kaiyo.