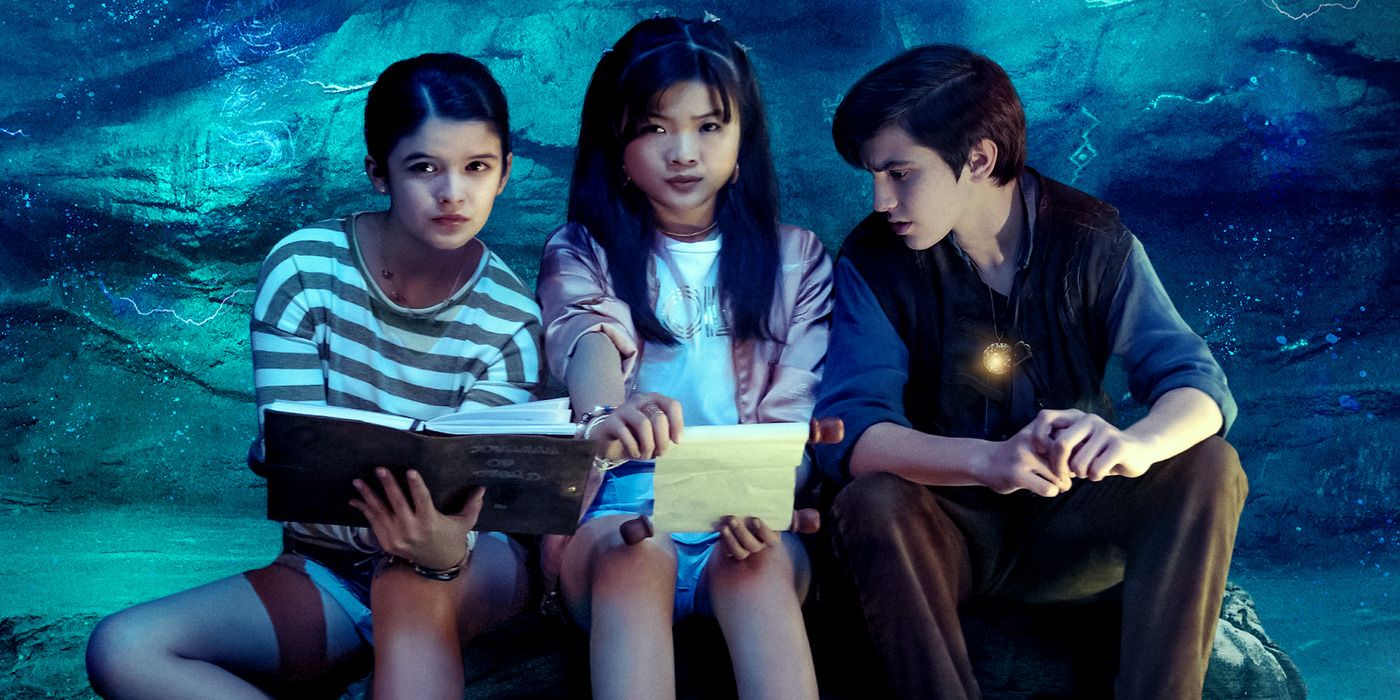 Apple TV+ has shared the new trailer for the upcoming series Girls at the edge of the surf, a family-friendly show about two best friends who investigate supernatural happenings in their small California beach town. This teaser shows the girls caught up in a mystery involving cursed treasure, pirate ghosts, and an ancient evil that must be stopped at all costs. Along the way, they combine their individual forces of logic and imagination to find the solution that will save Surfside. The windy summer series will premiere on the streamer on August 19.

The sequence begins with a short introduction to best friends Sam (Ya Ya Gosselin) and Jade (Miya Cech) and their sleepy little hometown of Surfside. Based along the coast, Surfside is an idyllic setting for summer fun, especially the surfing which the two girls partake in. One day, while sitting along the coast, they spot a gold coin in the sand that has washed up on the shore. As soon as the piece is discovered, things begin to go wrong in the city. Lights begin to flicker, residents become uneasy, and a new cave opens up for the girls to explore with a pirate ghost inside. Their new spiritual friend Remy (Spencer Hermes-Rebello) explains that the treasure is, indeed, cursed and that an ancient evil will be unleashed if they fail to uncover its bottom.

COLLIDER VIDEO OF THE DAY

For all its intrigue, secret rooms behind bookcases, ancient symbols, and ships full of ghostly pirates, the overall vibe of the show is summer fun. The girls meet new friends along the way and have fun finding clues that bring them closer to solving the mystery. More than anything, it focuses on the relationship between the two very different main characters and their friendship that carries them through the supernatural events that plague Surfside.

Girls at the edge of the surf is based on the popular IDW graphic novel series of the same name by the author Kim Dwinell. WGA Award Winner May Chan (American Girl: Corinne Tan, The astronauts) serves as showrunner and wrote, produced and co-developed the adaptation alongside Alex Diaz and Julia Sagalowsky Diaz (The Shannara Chronicles, What’s up Warthogs!). The first two episodes of the series will be directed and produced by young america (Roswell, New Mexico, Legacy). Paul Stupin (Switched at birth, Dawson’s Creek), Lydia Antonin (locke and key, Halo 4: Onward To Dawn) and IDW Paul Davidson and Jeff Brustrom also executive producer of the series.

The live-action series joins a growing catalog of family content on Apple TV+ and is part of their slate of new series for the summer months. He follows series like Jack McBrayer and Angela C. Santomeroit is Hello Jack! The show of kindness, Joseph Gordon-Levittit is Wolfboy and the Factory of Everything, Fraggle Rock: back to the rock of the Jim Henson Company, and the huge list of Peanuts specials and series.

Girls at the edge of the surf premieres on Apple TV+ on August 19. Check out the trailer and poster below: