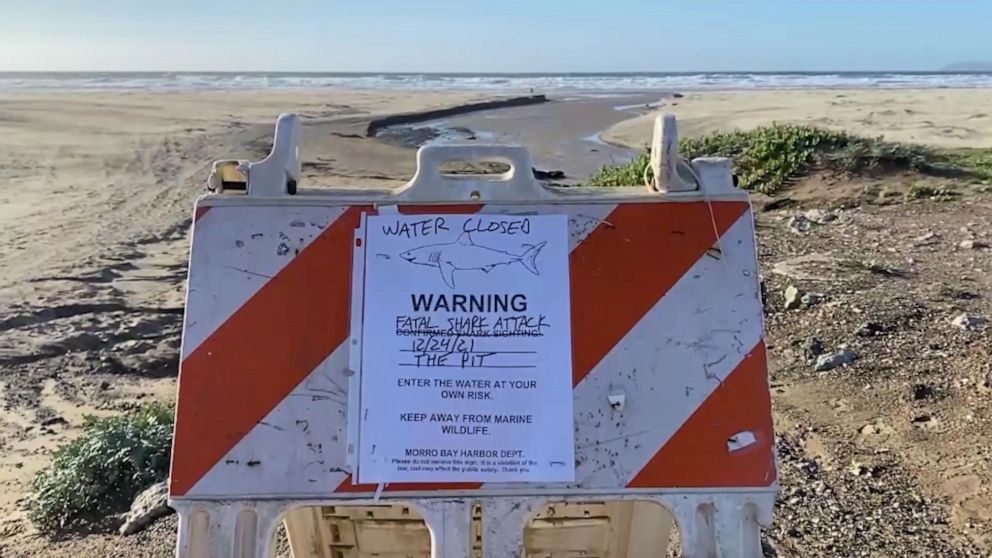 Authorities ordered people to stay out of the water for 24 hours.

A surfer was killed in a great white shark attack off the central California coast on Friday, authorities said.

The incident happened on the beach in Morro Bay State Park before 11 a.m. local time, according to the Morro Bay Police Department.

The man did not react after being removed from the water “suffering from an apparent shark attack,” the department said in a statement.

The surfer was pronounced dead at the scene and has not yet been identified, police said.

There did not appear to be any witnesses to the attack, Endersby said.

The bite, which will be measured by a coroner, appears to match that of a great white shark, from what officers saw, Endersby said.

The San Luis Obispo County Coroner’s Office and state park officials were investigating the scene, police said on Friday afternoon. A biologist from the State Department of Fisheries and Wildlife was also at the scene, Endersby said.

Beaches in the area of â€‹â€‹the apparent attack will remain open, but authorities have ordered people to stay out of the water for the next 24 hours.

There were 33 unprovoked shark attacks on humans in the United States last year, three of which were fatal, according to data from the Florida Museum of Natural History at the University of Florida.

Almost half of the unprovoked attacks took place in Florida. The deaths have occurred in California, Hawaii and Maine.

Nicholas Kerr of ABC News contributed to this report.