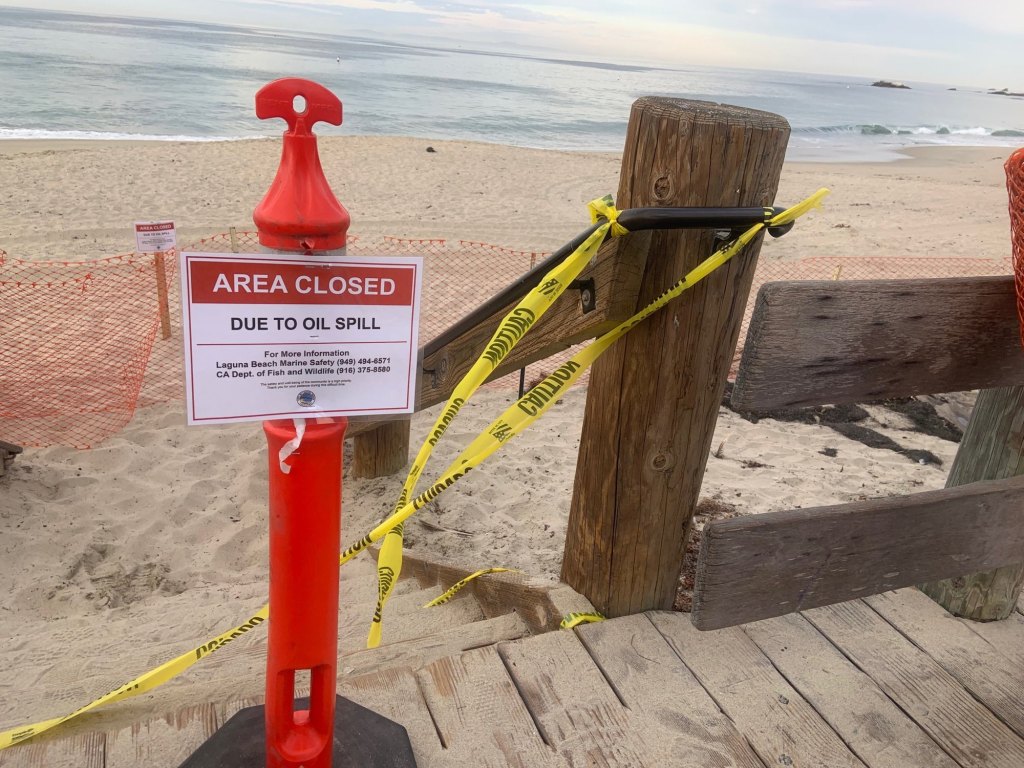 Planning a trip to the beach in Southern California? These beaches are closed by the oil spill – East Bay Times

As authorities work to contain a spill that dumped an estimated 126,000 gallons of oil into Orange County waters, towns along the coast are telling people to stay away from their beaches.

In Huntington Beach, Newport Beach and Laguna Beach, closures and advisories have been issued to deter people from coming into contact with potentially contaminated water. The spill was likely caused by a pipeline leak at a facility operated by Beta Offshore. The United States Coast Guard is leading the cleanup efforts.

The following beach closures and advisories have been issued:

The Orange County Health Care Agency issued a health notice on Sunday urging people who may have come in contact with the oil to seek medical attention. County health worker Dr Clayton Chau advised the public to stay away from activities near beaches “such as swimming, surfing, biking, walking, exercising, collecting, etc. . “