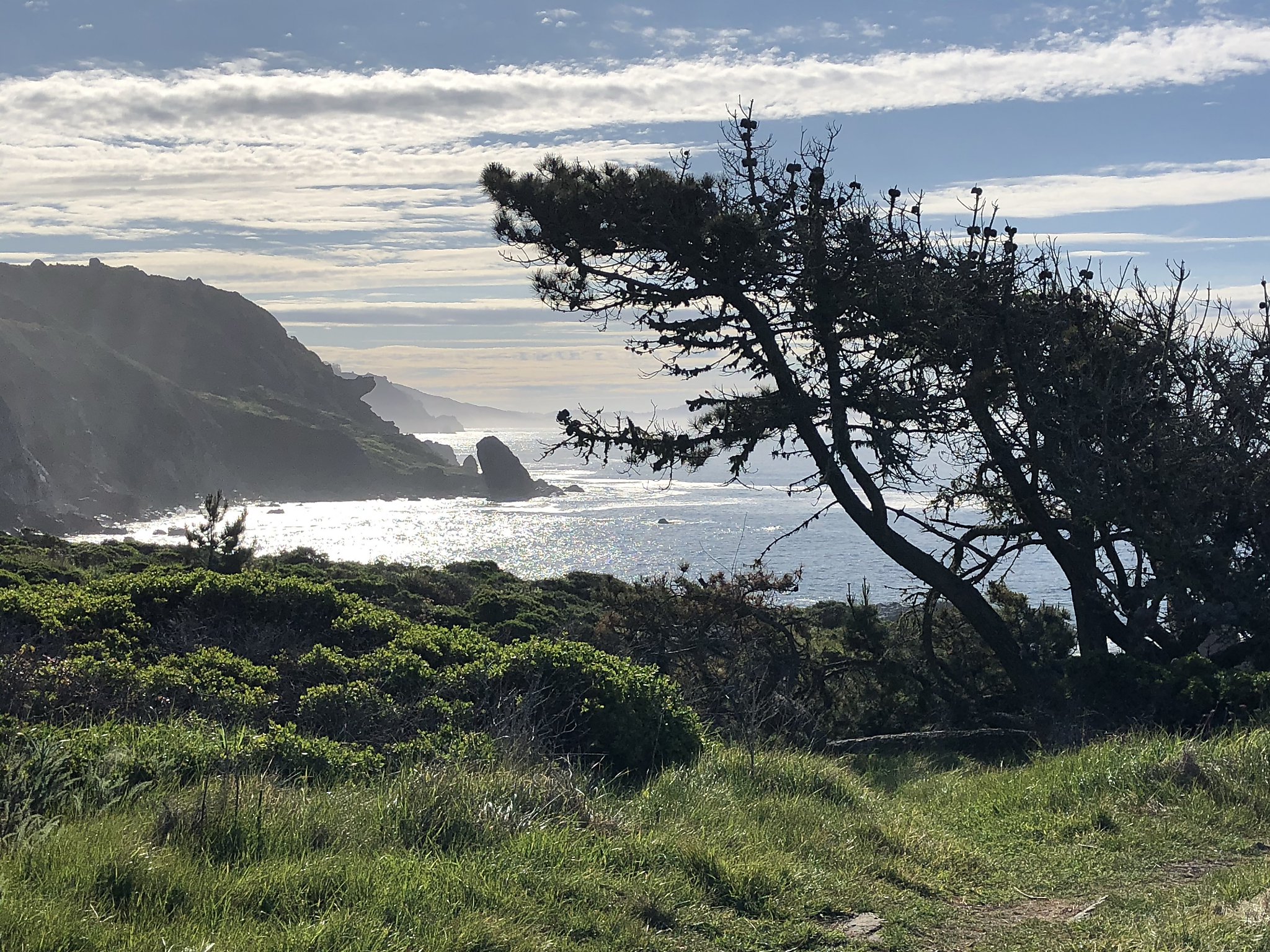 Over the past week, my 70-year-old husband and I have been following our instructions: wash our hands religiously, stand 6 feet from everyone except each other, and do our part to “flatten the curve”. I even wore an N95 mask (bought long before the pandemic) at the grocery store.

But after a week indoors, watching too much disturbing news and spending too much time on Facebook, we were going crazy. The order to “take shelter in place”, we thought, did not mean “to fester”.

What harm would it be to pack a picnic and head to Mount Tamalpais? The virus thrives best, after all, in the air of crowded indoor spaces and on man-made surfaces. Outdoors, it’s easier to keep others at a healthy distance. Nature is one of the safest and most calming places any of us can be right now. It’s a nice reset for the anxiety epidemic that accompanies the pandemic.

In the Bootjack parking lot halfway up Mount Tam, we found the bottom, padlocked metal gate adorned with a California State Parks sign explaining the closure was due to the pandemic. A few hundred yards further, just beyond the Pantoll parking lot, a similar dam closed the road to the top of Mount Tam. Later in the afternoon we found the Stinson Beach parking lot also locked.

Like many others, we still found a way to get to the mountain and later to the beach. Everyone I saw except half a dozen college-aged kids at Stinson hugging and pushing each other kept a safe distance from others. The weather was clear enough to see the Farallones, the sparkling sea, the quiet silence in the forest and on the deeply nourishing ridges.

Everyone we saw were less exposed and doing less to expose others than they would have around Whole Foods, a doctor’s office, or a dentist. We didn’t panic, stockpile toilet paper, or demand a rare COVID-19 test when we had no symptoms. We were walking, surfing, kayaking and throwing balls for the dogs and sitting on benches looking out to sea. We were more sane, calmer and less restless than we otherwise would have been. My husband and I came home feeling better than a week ago.

We have all now entered a “new normal” within a week of beating all new standards. We can expect at least three weeks of strict restrictions on direct human relations, followed perhaps by a short period of easing, followed by another crackdown. According to bioethicist Dr Ezekiel Emanuel, this is the best way to spread the pandemic in a series of manageable waves, rather than changing it so quickly that it brings our healthcare system, like Italy’s, to its knees.

This virus is likely to be with us for 18 months to three years. Epidemiologists expect it to work destructively around the world, spreading from group to group, making 80% of those exposed mildly ill and killing a small percentage of the population. It is unlikely to die out until we develop a vaccine or see enough robust people survive it to develop antibodies and give the rest of us ‘herd immunity’.

To endure our new normal for so many months, we will need the stoicism and civility of the British during the London Blitz. We will have to take care of our souls as well as our bodies. Human beings need both solitude and companionship. Families in crowded situations will be under enormous stress, as will isolated elderly people living alone. I feel for the roommates and couples who didn’t get along well before the virus hit and are now locked together indefinitely.


I understand the need for a public health order that effectively suspended our First Amendment right to assemble freely. Of course, you have to use common sense: get into separate cars if you are not in the same household; stay 6 feet from others and call those who forget; pass a single file; take your picnic supplies with you; and not invade West Marin and crush downtown Pt. Reyes, as happened this weekend. But I don’t understand the logic of discouraging people from going out by closing some parks (thus overloading others) and banning camping. Late Sunday, Marin’s public health department ordered the closure of all parks in Marin, from the Golden Gate National Recreation Area to the city’s smaller parks. We’re here for the long haul, and if we’re not encouraged to practice emotional self-care, we can expect rates of suicide, domestic violence, and child abuse to skyrocket.

Governor Gavin Newsom: Don’t just open parking lots at Stinson Beach and Mount Tamalpais and other state parks. Let people camp. Encourage everyone to go out, exercise, take walks outside, sing through windows like Italians, and from a safe distance, smile and greet each other.

Katy Butler is an award-winning health journalist and the author of “The art of dying well. She lives in Mill Valley.

Southern California parks and trail closures due to concerns