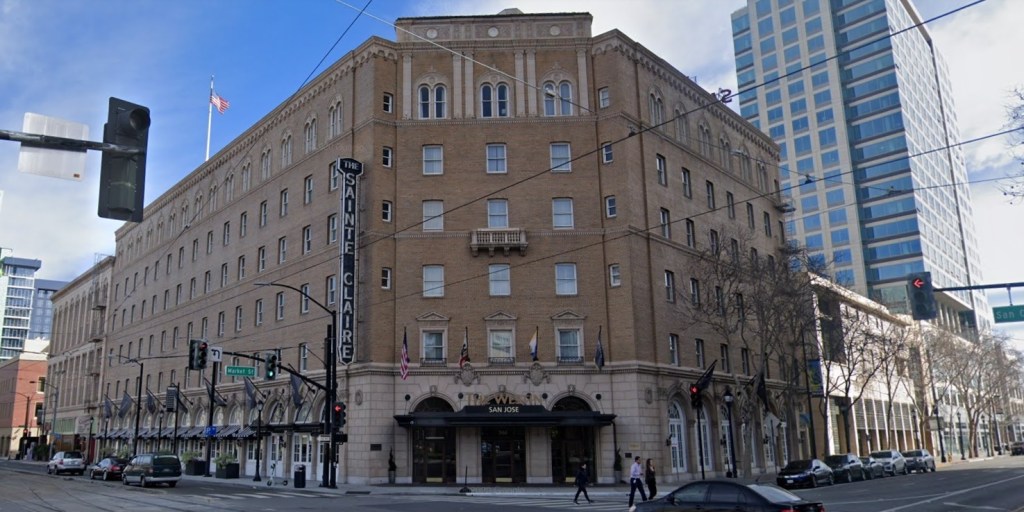 SAN JOSE — Hotel buying activity has cooled across Northern California, including the Bay Area, in the first six months of 2022, a slump that could worsen during the rest of this year, according to a disturbing new report.

In the first six months of 2022, the dollar volume of Northern California hotel purchases totaled just under $1.03 billion, representing a 63.4% drop from the 2, $8 billion in hotel transactions in the first half of 2021, according to a report by Atlas Hospitality Group, which tracks the lodging market.

In the first six months of 2022, hotel purchases in California generated $3.45 billion in transactions, a steep drop of 33.6% from the record $5.19 billion in hotel transactions in the first half of 2021, Atlas Hospitality reported.

Worryingly, hotel buying activity could dip even further from current levels, according to the report.

“As we enter the second half of the year, we expect a sharp decline in sales,” Atlas Hospitality said in its report.

“Interest rates have gone up a lot over the last 60 to 90 days,” said Alan Reay, president of Atlas Hospitality. “It has an impact on prices.”

Rising interest rates mean it becomes more expensive for buyers to borrow money to finance home purchases. This, in turn, means monthly mortgage payments would increase for a property buyer.

It also means that the main way for a buyer to get a satisfactory rate on an investment in commercial property is to induce the seller to reduce the price of the property. A similar principle applies to residential real estate purchases, Reay noted.

Another specter that has begun to haunt the hospitality industry is the increasingly volatile and uncertain economy in the Bay Area, California and across the country.

In the Bay Area, the biggest hotel deals in the first half were for a diverse group of accommodations, according to the report. Among the highlights of the first half of 2022:

— Hyatt Place, a 230-room hotel around the corner from Oracle Park baseball stadium in San Francisco’s China Basin district, was bought for $142 million, or nearly $617,400 per room.

As a result of the coronavirus outbreak, hotels in recreation and resort areas such as Sonoma County, Napa County and Monterey County have fared better than hotels in areas such as Santa County Clara and San Francisco which depend mainly on business travel.

Despite being in a resort area, the purchase of Dawn Ranch Lodge is a far cry from record prices that topped $2 million for three mammoth deals in 2021 involving a hotel perched on Monterey County’s Big Sur coast. and two Wine Country hotels.

Santa Clara County suffered significant weakness in the first half of 2022 compared to the same six-month period in 2021, Atlas Hospitality determined.

“Investors used to see Silicon Valley as the place to own hotels, but now they’re looking at Silicon Valley differently,” Reay said. “We’re still seeing a lot of remote work in Silicon Valley, which means business travel is less frequent” than before the outbreak of the coronavirus.

Weaknesses also emerged in San Francisco, according to Reay.

“There’s definitely a shift going on in San Francisco, with some hotels having steep declines in value,” Reay said.

He pointed to the June 2022 purchase of The Marker Hotel for $77 million, which Reay said was purchased in 2018 for $104 million, a 26% drop in value. Reay also said another major San Francisco hotel is in receivership for a 30% discount on its previous purchase.

“Conventions have a lot of options like Las Vegas,” Reay said. “They don’t need to be in San Francisco. People see San Francisco as having a big crime problem and homelessness issues.