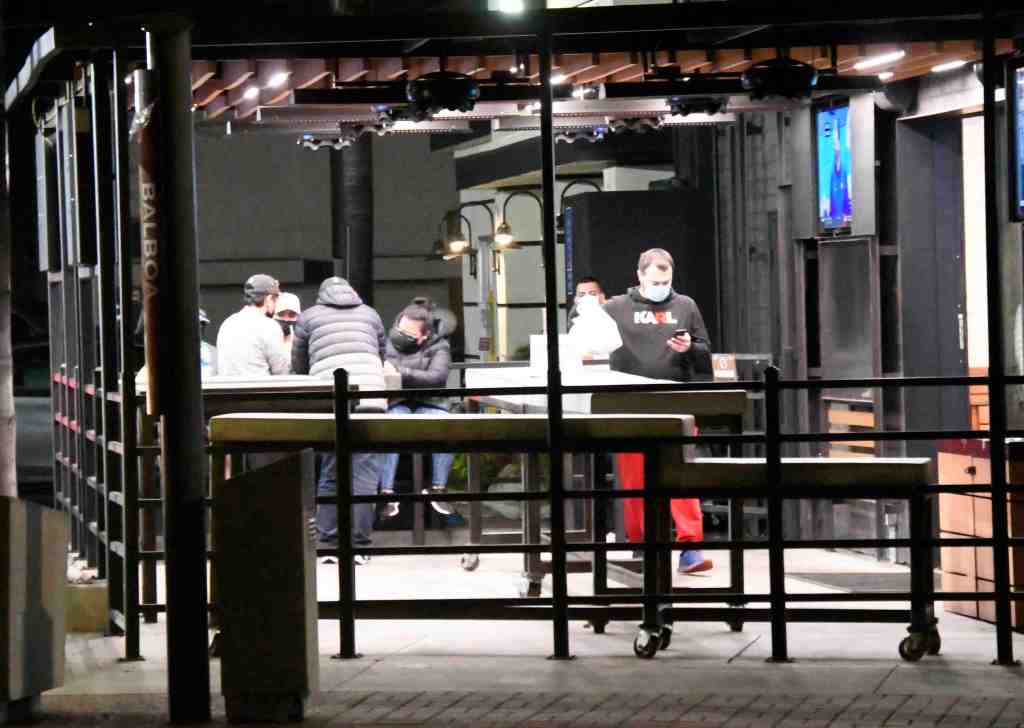 Everyone in New York, Boston, Chicago, and San Francisco likes to brag about the quality of the food and restaurants in their respective cities, claiming to have the best cuisine on the planet.

They never stop talking about pizza.

However, I for one am just as proud of Southern California. Whether it’s upscale restaurants with celebrity chefs, authentic Chinese joints in the San Gabriel Valley, or taco stands around the corner, Los Angeles has great food. And we are about to destroy it.

Barbara “not-a-doctor” Ferrer has determined that alfresco dining at sit-down restaurants in Los Angeles County should be banned because the county has too many COVID-19 cases – despite there being too many cases of COVID-19. has no existing evidence that says eating out led to a spike.

I’ll give it credit for it, though – its arbitrary and punitive edict fits the theme of the last decade in California: to drive legitimate businesses such as restaurants out of the state with tax hikes, regulations, laws. minimum wage, worker compensation scams.

I guess they thought, why not take out the middlemen and just shut them down?

According to new data from Los Angeles County’s own public health department, cases of COVID-19 tracing to restaurants and bars in the county were only 3.1%, or 70 of the total of 2,257 confirmed cases found in 204 places of “epidemic”.

And get this, the restaurants and bars where the cases were traced were mostly chains like McDonald’s and Subway.

Let’s be honest: banning outdoor dining in LA, even temporarily, will cause thousands of restaurants to shut down permanently.

In addition, it will put thousands of actors and actresses out of work.

This stupidity raises so many questions.

First of all, since when has eating at McDonald’s been considered â€œdinnerâ€?

Is it true that eating at the Subway is almost as risky as taking the New York subway?

Shouldn’t we have known Domino’s would be a problem after changing its slogan to “COVID Infections in 30 Minutes or Less, or Your Pizza is Free!” “?

And how can we be sure that all of these cases are really COVID? Symptoms of COVID include fever, nausea, weakness, cough, and loss of your sense of taste.

Of course, these are also the symptoms of eating at Taco Bell.

The reality is that 7.27% of COVID cases have been traced to government agencies, including LA County entities like the Registrar, Fire Department, and the Parks and Recreation Department, among others.

You are twice as likely to contract COVID by visiting a government agency than by going to a restaurant. Why don’t we close them?

If we shut down the Los Angeles County Supervisory Board, would anyone even notice?

Speaking of which, if we do that, we should start with the office of Los Angeles County Supervisor, Sheila Kuehl.

On the same day she voted to close al fresco dining, she was caught dining out at her favorite restaurant in Santa Monica, according to Fox 11’s Bill Melugin.

Restaurants are not targeted because they are a hotbed of COVID.

They are punished for relying on business and alcohol licenses to legally operate their business.

Persecuting them is easy because you can simply revoke their licenses if they don’t play by the rules.

But make no mistake, this silly, destructive politics has nothing to do with “following science” unless it’s political science.