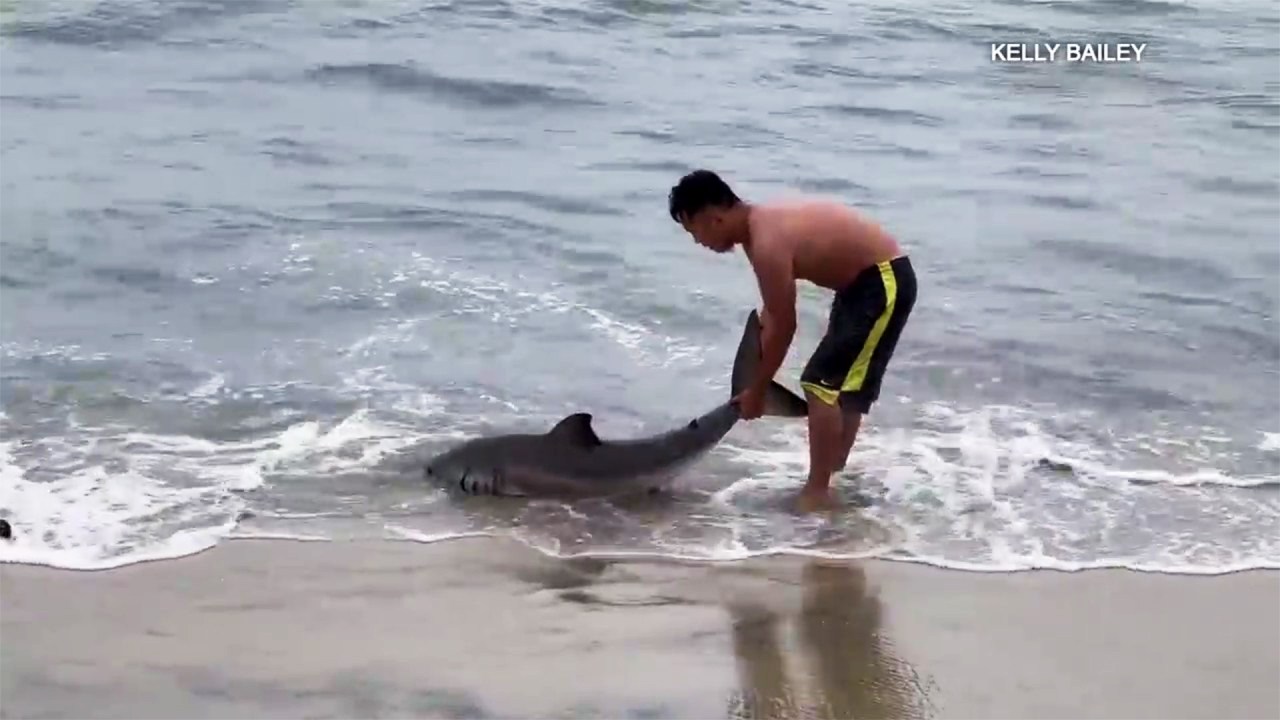 The video shows a man working to free a small great white shark from a fishing line around 2 p.m. Saturday at Tamarack State Beach in California. The video, shot by Kelly Bailey, shows the shark’s fin pointing close to shore as it gets stuck on the line, at which point a shirtless man grabs the line and pulls the shark onto the beach.

The man, who has not been identified, is seen holding the rogue shark by its tail fin until another man cuts the line. He was then able to bring the shark back into the water to send it on its way.

In an email, Bailey said she was at the beach with her family on Saturday when she observed the incident.

â€œI was walking towards the pier where my son and his cousins â€‹â€‹were exploring and I noticed a fishing line pulling from a distance in the water,â€ she said. â€œThen I saw a man spinning in a large marine reel and another man running into the water with a spear. After the man fought to bring back what we all thought was a sport fish, [I] The other man holding the spear told him it was actually a shark.

How do sharks know where to go? Scientists have the answer

The video shows several people gathered around the area to watch the shark being released, including two people and a young child just as it was coiled up on shore. No one appeared to be injured in the incident and the shark swam away.

Bailey said she started filming “hoping to see a big fish so I continued”.

â€œOnce we got to the beach we could all tell it was a big white,â€ she said.