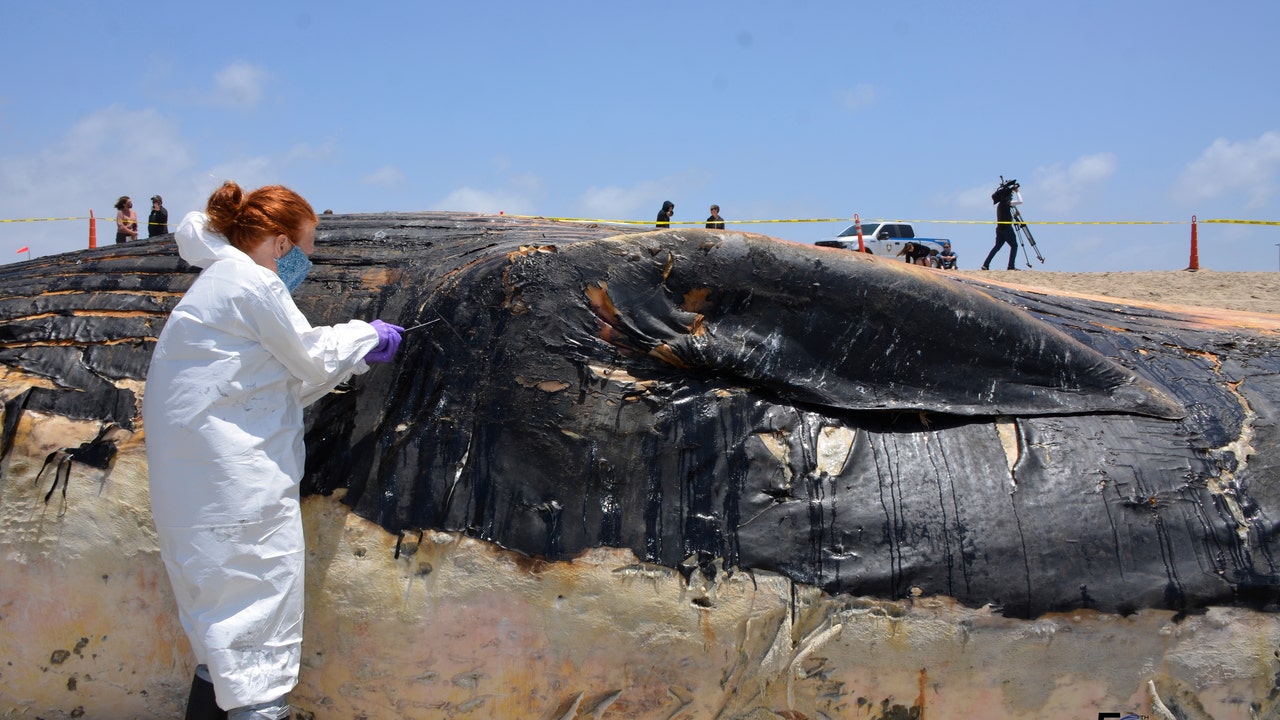 HUNTINGTON BEACH, California – Crews swept away the rotting carcass of a dead fin whale that washed up on shore and shut down a southern California beach.

A section of Bolsa Chica State Beach was closed on Friday after the Orange County Health Care Agency determined the decaying remains posed a health hazard.

Over the weekend, it was cut up and picked up by heavy loaders and transported to Marine Corps Air Station Miramar, the Orange County Register reported on Monday.

During the few days it was stuck in the sand, the stinking carcass drew a constant stream of onlookers and people taking selfies with the gigantic creature, the newspaper said. The fin whale is the second largest mammal in the world behind the blue whale. 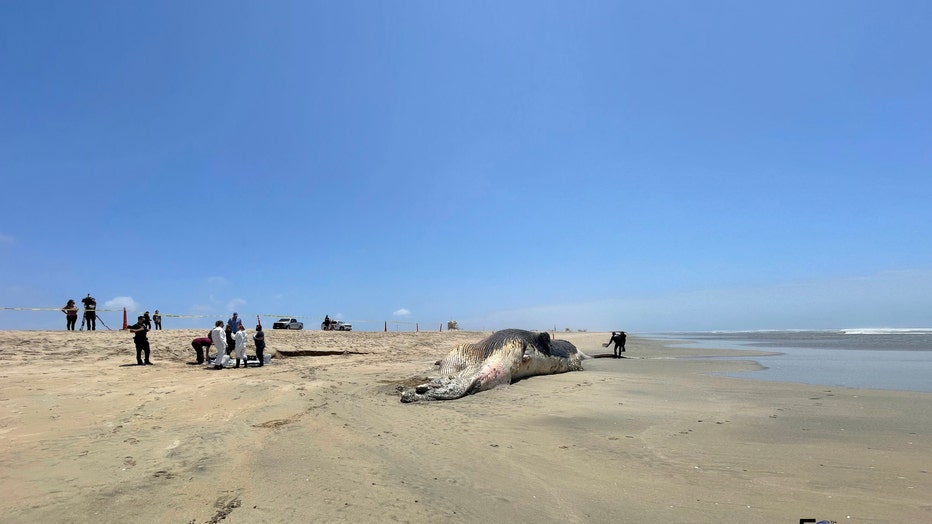 Authorities believe the whale was one of two that was struck by an Australian Navy ship two weeks ago and then towed out to sea from San Diego.

Receive your best stories daily! Sign up for FOX 11 Fast 5 Newsletter. And get late-breaking alerts in the FOX 11 News app. Download for iOS or Android.

Tune into FOX 11 Los Angeles for the latest news from Southern California.