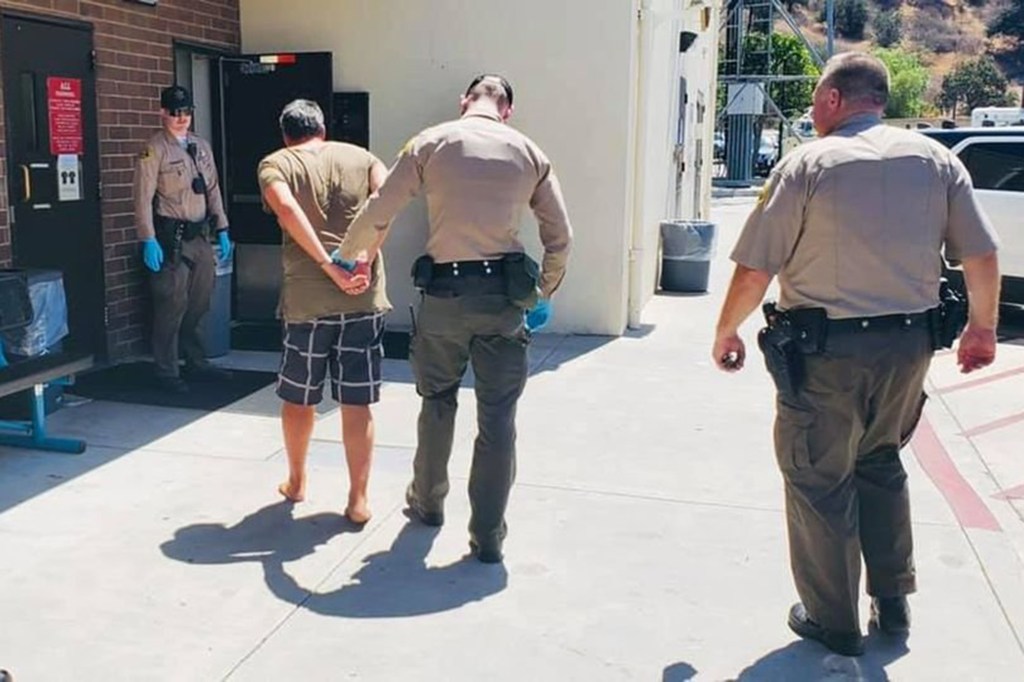 Two homeless men attacked a father of five with a machete on a California beach – leaving him with horrific injuries, authorities said.

The out-of-town family was having lunch on Dan Blocker Beach in Malibu on Sunday when two homeless men approached, telling them they “weren’t allowed” there, according to the Los Angeles County Sheriff’s Department.

An argument ensued and one of the suspects, Richard Franck, pulled out a machete and began hacking the father, cutting off the man’s upper torso and hand, the County Sheriff’s Department said. Los Angeles.

Franck and another homeless man, Benjamin Mast, then chased the family of five from the beach to a parking lot near the Pacific Coast Highway, the deputies told the Malibu Times.

About 20 officers responded to the scene, and Franck and Mast were later arrested after a brief standoff in the parking lot, where they had “locked themselves” in a toilet, LASD officials told the newspaper.

“Through various statements from the suspect and the accomplice, the weapon was found hidden in some bushes near the beach,” LASD Lt. Jim Braden said.

Both Franck and Mast have been described as transients in their thirties. No further information about them was immediately available, the Malibu Times reported.

Prosecutors detailed the father’s gruesome injuries on Wednesday, saying the machete attack left him disfigured with a severed tongue, a lost eye and cuts to his nose, ear and lip.

Malibu Mayor Paul Grisanti said he was shocked by the “vicious and unprovoked attack” on the visiting family.

“On behalf of the city council, I want to thank our local sheriff’s deputies for their quick response in removing the suspects before they can harm anyone else,” Grisanti said in a statement.