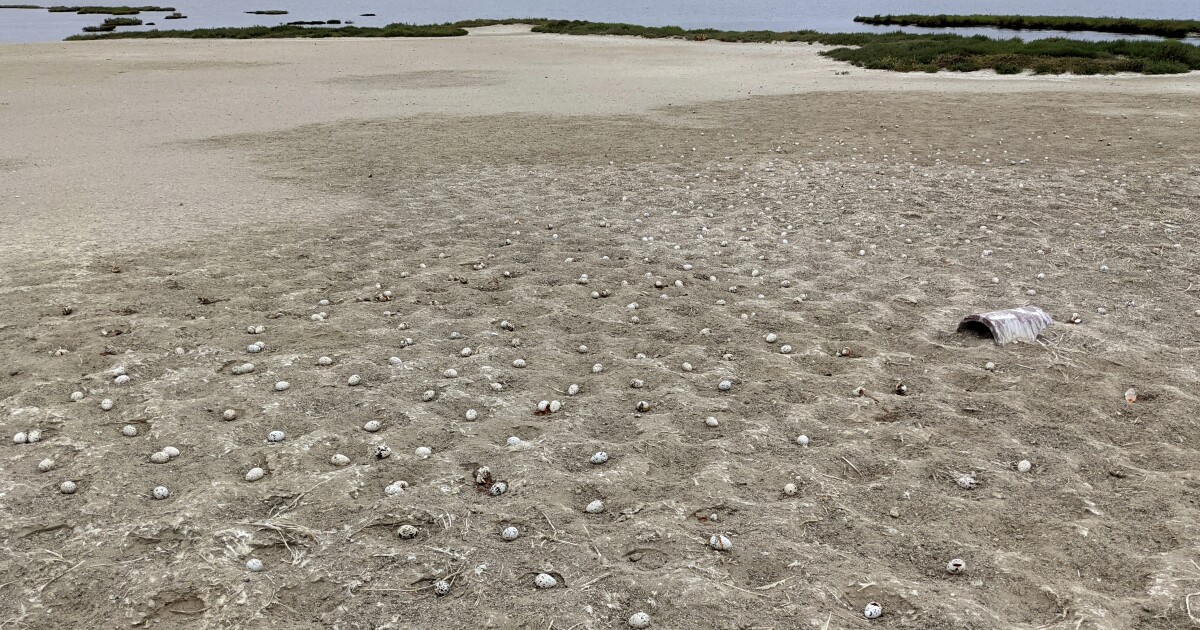 In case you thought drone crashes in sensitive environmental habitats were rare, understand this: The drone that fell to the ground in the Bolsa Chica Ecological Reserve, chasing 3,000 sleek terns from their nests in the sand, was in does the second to do it in 24 hours. The first scattered another group of terns and plovers, but they returned. This is not the case the second time around.

They left behind over 1,500 eggs that will never hatch.

It’s maddening, isn’t it, the number of people who think they are the exception to the rule, whether it’s giving up masks during the height of the pandemic or flying drones where they are. endanger wildlife and disrupt peaceful picnics in the park? Drones are not permitted at Bolsa Chica, a successfully restored wetland in Huntington Beach and a key stop along the Pacific Flyway for migratory birds.

According to National Audubon Society, Elegant Terns are considered a vulnerable species because they nest in only a few places. They first nested in Orange County in 1987 as part of a northward spread, but at the same time they have disappeared from nesting sites in Mexico.

Drones aren’t the only problem the birds of Bolsa Chica face. Similar to violations seen in other reserves and wilderness parks, cyclists cross forbidden territory and hikers take their dogs with them. All of them have been a threat to the birds and other wildlife of Bolsa Chica, and all are prohibited there.

Enforcement in parks and other natural sites has historically been weak. Covering trail systems is not easy, parks are understaffed, and the fines that come with citations are too low to be a real deterrent.

But at least part of it will get easier in the future. From 2022, the Federal Aviation Administration will require drones to broadcast identification codes which could be picked up by anyone with a smartphone; the rule will apply to all drones by mid-2023. This means that rangers and other law enforcement will be able to easily find out who owns an offending drone, even if that person is operating it from outside the park boundaries. With the right software, private citizens could obtain the ID number and hand it over to the authorities. This would help fill the lack of policing in parks and wilderness areas.

This is not enough, however. The patchwork of rules governing drone flight is confusing for drone enthusiasts and the general public. Drones are allowed in state parks except when they are not for specific reasons, such as the protection of endangered species.

Our national parks and forests prohibit drones from taking off or landing within their borders; California should follow suit in all of its state parks and wildlife areas, and counties should follow suit for the nature parks they manage. Exceptions could be made for search and rescue operations, environmental and wildlife monitoring and even occasional film making, with permits issued for these.

Why not just ban them from flying over the parks? This is the competence of the FAA, and so far it seems to relate only to the security risks posed by drones in the air.

Authorities should make the rules as clear and simple as possible, put up signs telling citizens how to report illegal drone use, and increase fines for violations – they now tend to be around $ 125, which turned out not to be sufficiently dissuasive.

Once we hear that people can and will be caught and will face real consequences, the problems should subside. Sadly, it is too late now for the more than 1,500 unhatched eggs on the ground at Bolsa Chica.

California parks are treasures. Let’s make it so that we can all make it happen.