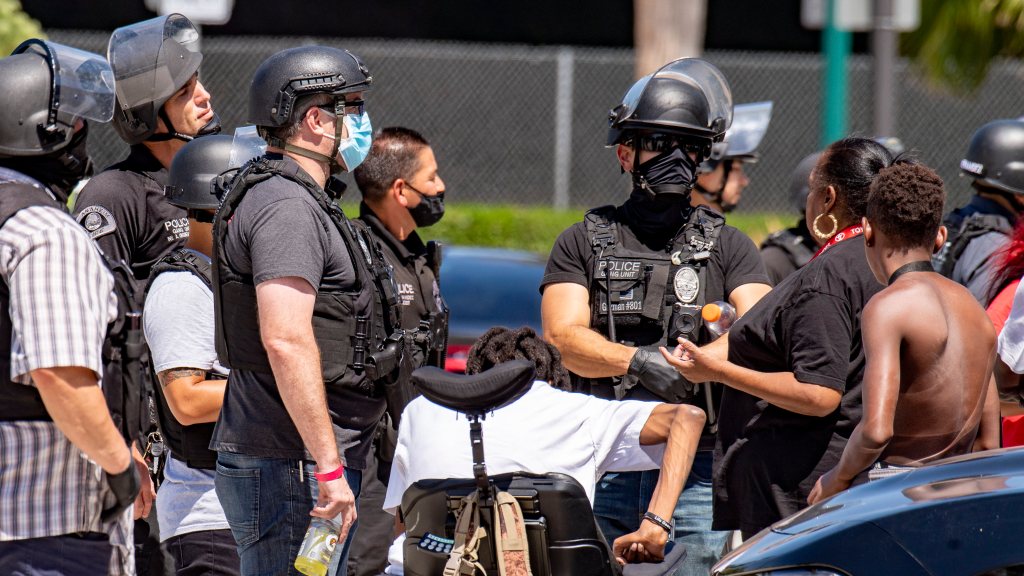 Dozens of fights in a luxury hotel in California, at least 2 hospitalized and 2 arrested

No less than 100 people scuffled inside and outside the Cambria Hotel & Suites in Anaheim on Wednesday afternoon, August 5, with at least two people hospitalized and two taken into custody, police said.

Just before 12:40 p.m., officers were called to the luxury hotel, which opened in December at 101 East Katella Ave., for a brawl in the lobby, Anaheim Police Sgt. Shane Carringer said.

Inside there was another massive fighting group of maybe 50 to 60 people, he said.

â€œLooks like people had brooms and whatever things they could find in the hotel,â€ he said.

Everyone involved in the fight was hotel guests and guests, Carringer said. A number of them were told to leave by hotel staff, he said.

A hotel manager was not immediately available for comment when contacted by phone.

The big fight in Cambria is now code 4. 2 were arrested and 2 were taken to hospital with non-life threatening injuries. The investigation is continuing. pic.twitter.com/KRLqlJ6xMS

Police weren’t immediately sure what sparked the melee, but said it started in the hotel pool. Carringer said there was nothing to suggest that everyone involved in the fight knew each other.

Dozens of officers, some on motorcycles, toured the area.

Carringer said many witnesses or people involved in the fight were unwilling to share what they saw, and those who did have given conflicting accounts. Detectives planned to review the surveillance video in hopes of gaining a better understanding of what had happened.

Police took a man and boy into custody and they were jailed on suspicion of fighting in public and obstructing a peace officer, police said.

Orange County Sheriff’s Department deputies have also responded to help due to the scale of the incident, police said.

Carringer said the hotel was on lockdown while officers checked the building to see if others needed medical help. The hotel resumed its activities on Wednesday evening.

Billed as a luxury hotel with a 30,000-square-foot water park, an outdoor movie wall, and a putting green, the Cambria is located several blocks from Disneyland.

Up to 100 people involved in a brawl in Anaheim, Calif., At the hotel