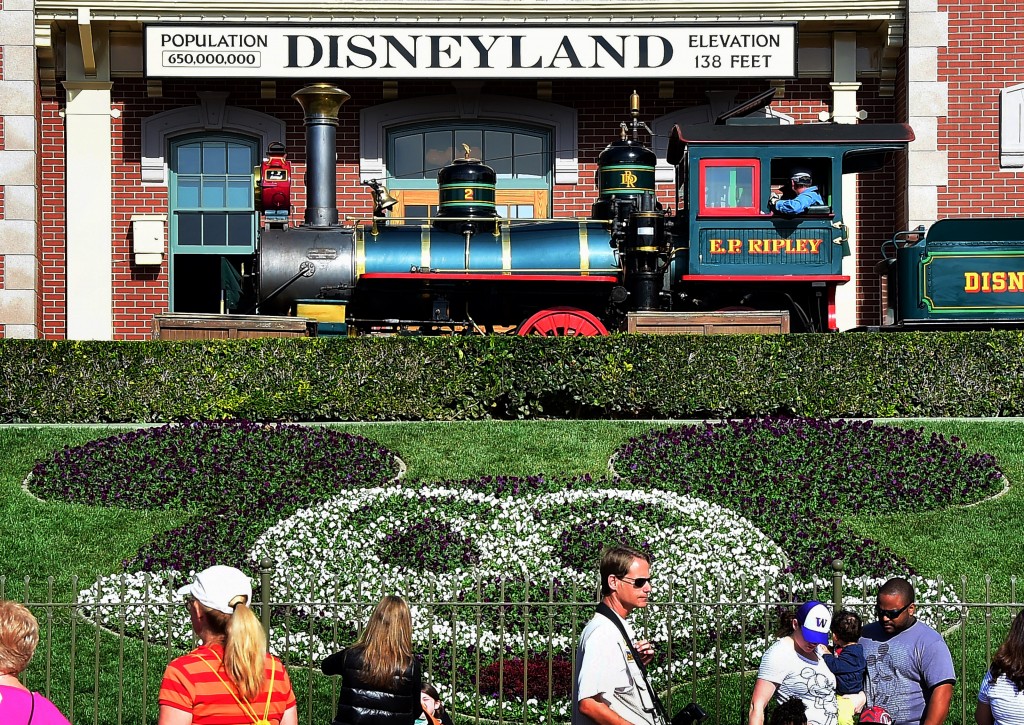 Disneyland announces the closure of its California parks from Saturday

SACRAMENTO, Calif. (AP) – Disneyland will be shutting down for the remainder of the month, an extraordinary move reflected across California by businesses large and small after Governor Gavin Newsom’s call to cancel any non-essential gatherings of 250 people or more. help stop the rapid spread of the novel coronavirus.

Newsom issued an executive order on Wednesday evening recommending that the shutdowns extend until March, and about 12 hours later at a press conference he said it was likely they would extend to April. Newsom said he was not ordering the closures but expected compliance.

Shortly thereafter, Walt Disney Co. announced that Disneyland and Disney California Adventure would be shutting down starting on Saturday because it was in the best interests of guests and employees.

Major League Baseball has said it will delay the start of its season by at least two weeks. The move canceled home opener scheduled for March 26 for the Los Angeles Dodgers, San Diego Padres and Oakland Athletics.

The NBA and NHL have also suspended their seasons, and the NCAA men’s and women’s basketball tournaments have been canceled. These decisions, along with the myriad of cancellations involving concerts, theatrical performances, parades, conventions and even weddings will have a major impact on California.

The state’s economy has been growing for almost 10 years, the longest economic expansion on record. But on Thursday, UCLA’s Anderson Forecast predicted that California would begin to lose jobs, in large part due to the virus’s effects on the manufacturing, transportation and tourism industries.

â€œGrowth in these areas has come to a screeching halt, and in some cases we are starting to see layoffs,â€ said Jerry Nickelsburg, UCLA director of Anderson Forecast.

State and local leaders were considering short-term help for small businesses and individuals, with Newsom’s decree eliminating a one-week waiting period for unemployment benefits. In Sacramento, city council planned to vote Friday on a million dollar economic relief plan that could provide loans to restaurants and other businesses struggling due to coronavirus precautions.

Allan Zaremberg, president of the California Chamber of Commerce, said employers could not count on government help. Businesses need to start planning to cut spending if necessary, he said.

California has recorded around 200 cases of the coronavirus and four deaths. One was a 90-year-old woman at an assisted living facility in Sacramento County who was placed in segregation for two weeks while tests are administered to other residents and staff.

Seniors are particularly vulnerable and authorities want to quickly contain the virus in the facility to prevent a repeat of the rapid spread at a Seattle-area nursing home where at least 25 people have died.

Newsom said California hasn’t tested as many people as it would like because some of the state’s test kits were missing certain components. He compared these kits to buying a printer without an ink cartridge.

â€œWe have been very clear with our federal partners (on) the incredible importance of making sure we have all of the test components,â€ Newsom said, adding that the state has increased testing locations to include labs. state, university hospitals and private companies.

Newsom has warned that the number of confirmed cases will increase as testing expands.

Local governments are also making changes to limit the spread. In Los Angeles, Mayor Eric Garcetti closed City Hall to the public and banned all events or conferences on city property for more than 50 people. Meetings of the city’s board of directors and commissions will be replaced by publicly accessible conference calls or video sessions.

“We are entering a critical period,” Garcetti warned, urging residents to take measures to protect themselves, their loved ones and their neighbors. “These are common sense measures.”

But it was business as usual at the State Capitol, where the Legislature met Thursday morning and held various committee meetings throughout the day. One of the few signs of disturbance was the â€œdo not touchâ€ signs displayed on the sculpture of a bear outside the governor’s office – affectionately known as a â€œbacteria bearâ€ due to frequent contact with tourists.

READ MORE: Fast and Furious ‘F9’ movie pushed back by a year due to virus

“A switch to remote legislation is not an option at the moment,” State Senate President Pro Tem Toni Atkins told colleagues. “But we are going to take the next few days to do a thorough assessment of how to proceed under the new public health parameters.”

Newsom’s decree on gatherings does not include schools, but some districts are moving aggressively on their own. The Elk Grove School District in Sacramento County closed for the week and San Francisco officials announced a three-week shutdown. The moves affect around 120,000 students.

The Los Angeles Unified School District, the nation’s second-largest, with 700,000 students, has not detected any cases of the virus in its schools and is weighing its options, Superintendent Austin Beutner said.

“We plan, as we have to, in the event that we have to close a school or many schools, regardless of the period of time that might come,” Beutner said.

If schools close, the district is looking for ways to continue providing services to needy families, including the poor and some who do not have Internet access. The district serves over a million meals every day. No less than 17,000 students are homeless.

Meanwhile, in Oakland, the Grand Princess cruise ship was nearing the end of a tedious, multi-day process of removing 2,000 passengers after more than 20 people on board were diagnosed with the virus.

The ship was forced to idle off the coast of California for days, quickly becoming a symbol or virus in the United States as anxiety grew with new cases reported almost every day. The ship was originally scheduled to depart on Thursday, but California will allow it to stay until Sunday, Newsom said.