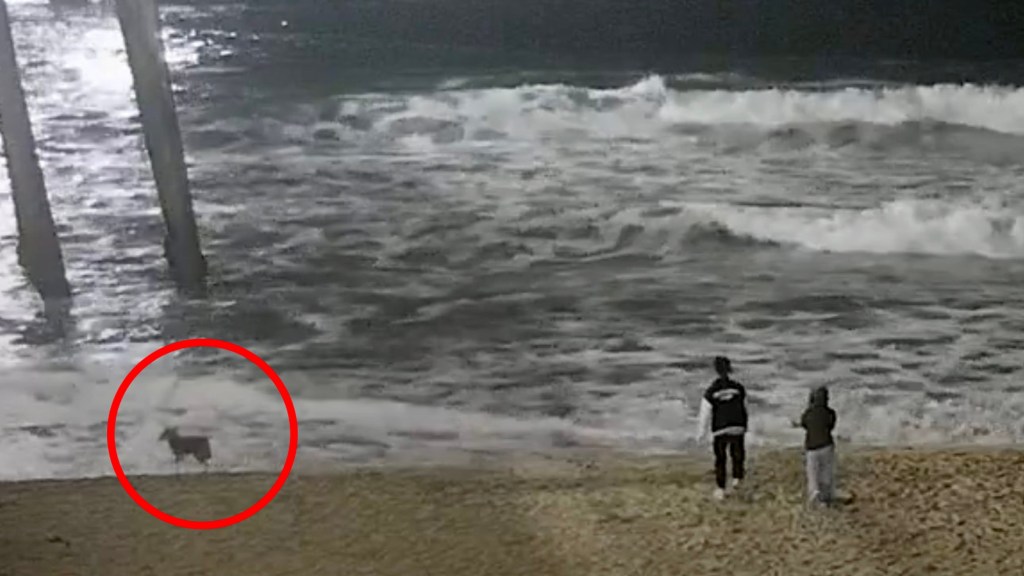 A coyote who was shot by Huntington Beach police has been confirmed to be the one who bit a child on the beach, state wildlife officials said Sunday.

The 2-year-old was only a few paces behind her mother when one of the coyotes ran her over and attacked her on the beach around 9:45 p.m. Thursday, said Fisheries Department Capt. Patrick Foy and of California wildlife.

The attack lasted about 10 seconds. The child suffered bites to the head that were not considered life-threatening, Foy said.

DNA samples taken from the girl’s wounds were used to confirm that one of the animals was the coyote that attacked her.

One was fatally shot by officers near Pacific Coast Highway and Goldenwest Street but is not believed to have been involved in the attack, police said.

The coyote that injured the toddler was later seen on the beach and shot, but managed to flee to nearby wetlands. He was later found under a trailer in a trailer park, captured, and killed.

Coyotes are normally afraid of people, according to fish and wildlife officials. But they become more likely to approach humans if food sources can be found in populated areas.

If this happens, animals have been known to harass pets and livestock. Coyotes can continue this behavior even if moved, so any that become a potential threat to humans should be killed, Fish and Wildlife officials say.