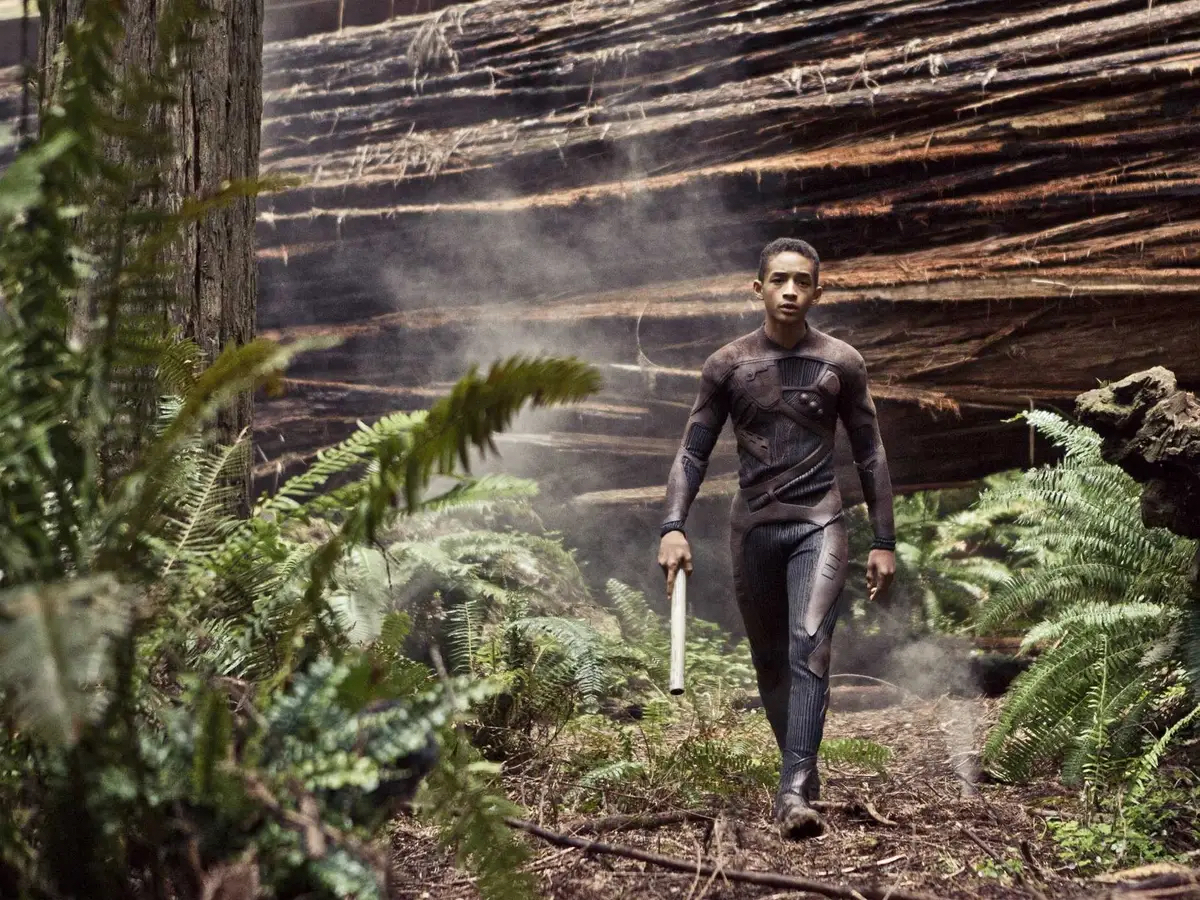 In a little-explored corner of Humboldt Redwoods State Park, near where Robinson Creek empties into the Eel River, film set manager and scout Rowdy Kelley shows me where Jaden Smith was chased by killer baboons in the sci-fi blockbuster “After Earth”.

The post-apocalyptic film – directed by M. Night Shyamalan and released in 2013 – was said to be “the most painful failure” of Will Smith’s career. Critics and audiences hated it, but the scenes filmed in this park were unquestionably dazzling.

Several giant sequoias are spread across the pale green creek, resembling a huge set of pick-up sticks and surrounded by ferns and sorrel. Standing atop one of the trees above the creek, Kelley offers some choice behind-the-scenes details: how a “widowmaker” branch fell from high above and nearly crushed several crew members. How the director of the second unit had terrible poison ivy. How Jaden Smith’s body nearly went hypothermic.

As the guy who scouts and manages locations, part of Kelley’s job is to prevent that from happening, along with all sorts of other responsibilities.

“Where am I going to put all the crew?” How are they going to get here? When they are there, where do they go to the bathroom? ” he says. “When you get into a team pushing 50 or 60 people walking around, it becomes a danger and a liability, so you have to know where they’re going to be and whether they’re going to be in the poison oak or not.”

Then, of course, there are financial considerations. Kelley likes to say that being a location scout means it takes “a director’s heart, a cinematographer’s eye, and a producer’s mind.” It’s important and rewarding work, he says, and yet nobody really comes to film school saying, “I want to be a stage manager.”

For Kelley, the road to becoming a scout was unusual. He spent the first part of his life in Humboldt County and was always an avid outdoorsman and, like his parents, a rodeo. After his parents separated and his mother moved to Dallas, he went with her, finished high school, and became a salesman for fine Italian suits. “I was a fashion freak in Dallas,” he says.

He returned to California to attend film school at Humboldt State University and, once out of college, took on a series of jobs at News Channel 3, including senior control operator, ground cameraman, director technical live information and producer. When an opportunity to work as a production assistant on “The Majestic” with Jim Carrey presented itself, Kelley took it and never looked back.

Since then, he has been scouting locations for Humboldt-based feature films, Imax films, music videos, promotional videos and commercials. He has worked on sets for more than a dozen projects, including “Woodshock” with Kirsten Dunst, “A Wrinkle in Time” with Reese Witherspoon and Oprah Winfrey and most recently, “The Sky Is Everywhere,” an Apple TV movie. More with Jason Segel and premieres February 11.

Although Kelley usually serves as a scout and manager, he occasionally takes on acting and even stunt roles. He sometimes paints houses. Oh, and he’s also worked on numerous television and film passion projects involving Bigfoot. “Being a Bigfooter, I never made any money,” he says. “Actually, it costs me a lot of money to be a Bigfooter.”

It’s a long way of saying, it’s pretty fun to drive around Humboldt County with Kelley to see the locations he’s picked to appear in the big movies.

When I first asked for a filming location tour, I was hoping it would take me to Fern Canyon, where “The Lost World: Jurassic Park” was filmed. He didn’t work on that one but was involved in Terrence Malick’s “The Tree of Life,” which starred Brad Pitt and Sean Penn and included scenes shot in Fern Canyon.

Kelley didn’t want to go, however, because after “The Tree of Life”, Prairie Creek Redwoods State Park officials stopped issuing permits for the location. Film projects had disrupted the park too much. Instead, Kelley wanted to show me where some of her favorite Humboldt Redwoods scenes took place.

The first stop is a scenic bridge covered in fallen yellow leaves in the northern part of the park, near old Highway 101. In the scene, a troubled weed dispensary employee played by Dunst does some soul-searching amidst the fog.

There was no actual fog, so the crew pumped in some. The wind blew it to the nearby highway, prompting someone to call a fire. “It was one of those things that I had to put on myself because I was the location manager,” Kelley says. “A die [Cal Fire] the captains arrived and bitched at us. They didn’t fine us or anything, but they made us feel bad.

The artistic and depressing film did not succeed. But Kelley enjoyed working with Dunst, who was very down to earth, he says. When she landed in Humboldt, it was Kelley who drove her to a dispensary so she could learn how to roll a joint for the role, he says.

Kelley also took me to a large hollow redwood stump. Crew members built a platform inside to make it look fresh cut, and Dunst lay on top for a memorable scene. Then he showed me where Dunst was to be levitated in the air as part of the tallest stunt ever for a Hollywood movie in the redwoods, he says.

It was tricky, he says, because it required a 100-foot crane and lots of other equipment that is off limits for much of the year due to marbled murrelet and spotted owl nesting seasons. As it happens, filming fell between seasons and the park issued a permit.

Next, Kelley led me down a particularly scenic route, perfect for directors looking for “tight redwoods.” “I don’t even know how many car commercials have been filmed here,” he says. “I was part of at least four of them.”

We end the tour by visiting the “After Earth” locations, and after watching the movie the night before, I recognize them all. The hog hole that Jaden Smith sleeps in while everything else freezes around him. The place where he passes out after an insect bite causes anaphylaxis. The redwood he stands on before taking a fateful leap and flying hundreds of feet away.

It’s all pretty magical, even if the movie didn’t quite land. I’m curious if Kelley wishes some of the movies he worked on were more successful, and I ask. Not necessarily, he says.

“The great thing about movies in Humboldt is that the redwoods are always the best part.”