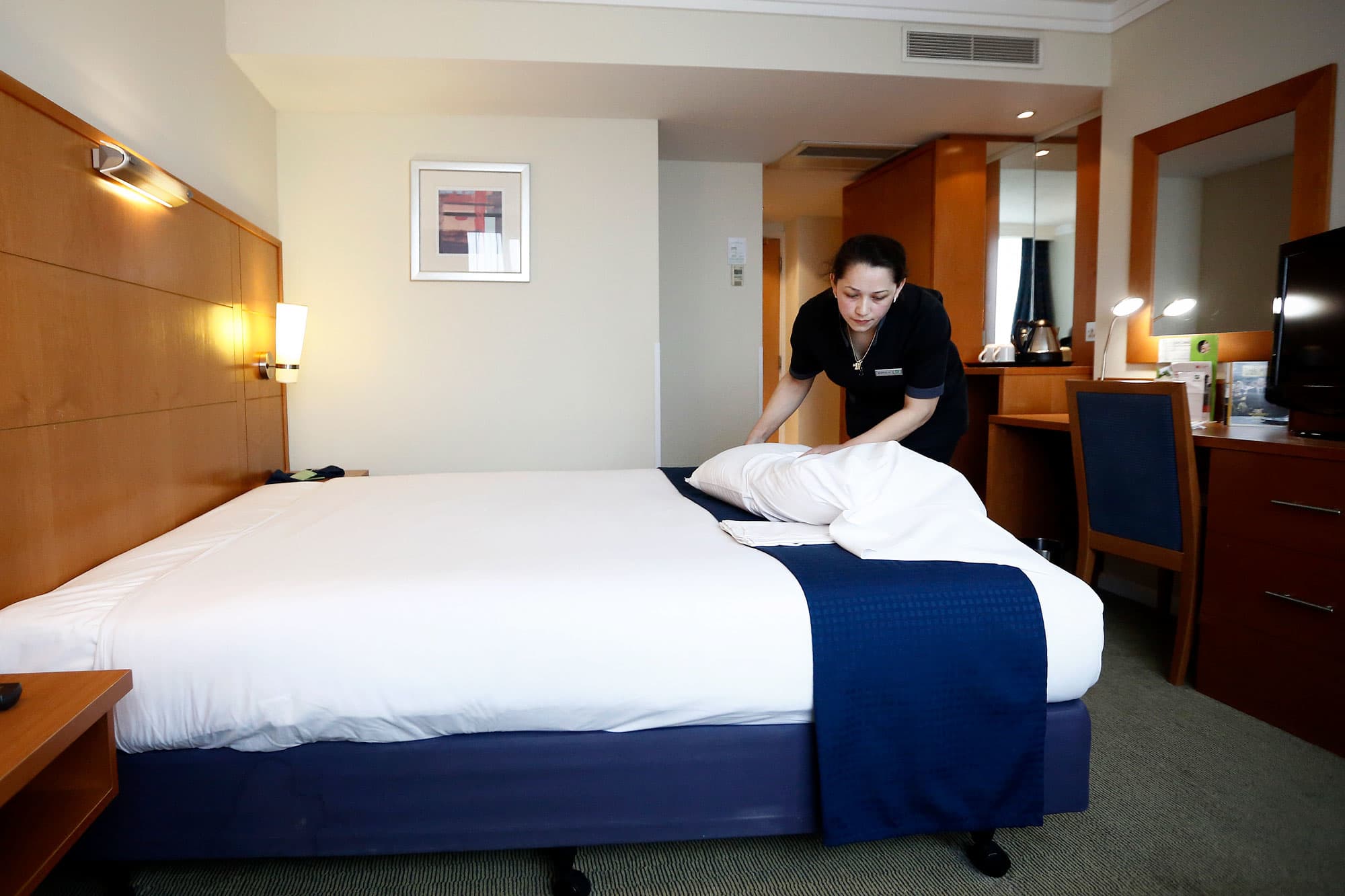 Two California state lawmakers on Wednesday introduced a bill that would require hotels to provide housekeepers with a “panic button” to prevent violent assault and sexual harassment.

Al Muratsuchi Assembly Member D-Torrance jointly introduced the hotel maids’ panic button bill with Assembly Member Bill Quirk D-Hayward. If passed, it would make California the first in the country to have a statewide law requiring hotels to provide single employees in rooms with a panic button.

Additionally, the California bill would impose a three-year ban on any guest accused of violence or sexual harassment against an employee and keep a list of those charges for five years.

â€œHotel employees often work alone, cleaning room after room, leaving them vulnerable to unwanted sexual advances and worse yet, assault victims,â€ Quirk said. “I am proud to be working on this bill with Assembly Member Muratsuchi to not only raise awareness of the issue, but do more to create a safer working environment for hotel employees.”

The city of Seattle has already passed a voting measure that requires employers to provide hotel cleaners with panic buttons, and Chicago passed a similar measure last year. The city of Long Beach, Calif., Also considered a panic button ordinance, but rejected it late last year.

The California bill follows high-profile sexual assault and harassment charges against prominent individuals including Oscar-winning film producer Harvey Weinstein. On Tuesday, the Los Angeles County District Attorney’s Office said it was considering possible criminal prosecution against Weinstein, who has been accused of harassing or sexually assaulting several women over the years. Weinstein, who has denied all allegations of non-consensual sex, is also under investigation by authorities in New York.

â€œSince we haven’t seen the bill in print yet, we wouldn’t have a position yet,â€ said Lynn Mohrfeld, spokesperson for the California Hotel and Lodging Association, the industry lobbying organization. . â€œThat said, the safety of hotel guests and employees is a top priority. While no industry is immune to sexual harassment as the headlines have shown in recent weeks, our industry has put procedures and protocols for employees regarding reporting and prevention and these are continually reviewed and updated. â€

Mohrfeld added, â€œAs an industry, we will always continue to ensure that hotels are safe places for all who work and visit them. “

â€œHotel employees deserve to feel safe while doing their jobs,â€ Muratsuchi said in a statement. â€œWe have heard a lot about the danger to hotel maids, who often work in situations that put them at risk of sexual assault or harassment. It would be an important step in protecting these employees from harm. “

Unite Here Local 1, a union representing hotel workers in the Chicago area, released a report in Illinois last year that found 58% of hospitality workers surveyed said they had been harassed sexually by a client. Additionally, nearly half of all hotel cleaners surveyed said that customers had at some point exposed themselves or answered their doors naked. Nearly 500 women working in hotels and casinos were interviewed.

WATCH: Systemic change, the next step in tackling the culture of bullying