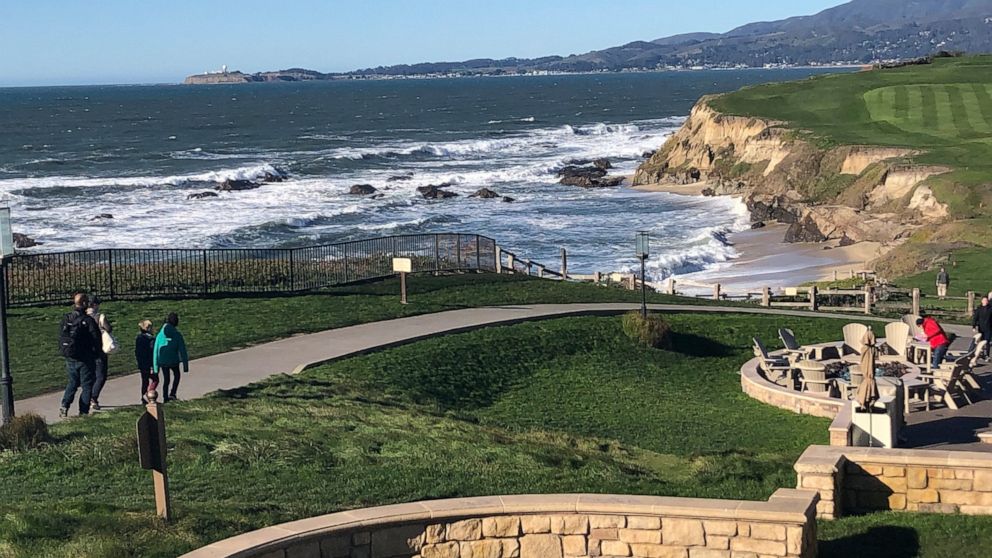 Upscale Northern California hotel was ordered to pay $ 1.6 million in penalties Thursday for failing to provide public access to its nearby beaches

SAN DIEGO – A posh hotel in Northern California was ordered to pay $ 1.6 million in penalties Thursday for failing to provide public access to its nearby beaches.

All beaches in California are open to the public, with rare exceptions, but the Ritz-Carlton in Half Moon Bay did not specify this and at times prevented easy access, the California Coastal Commission has ruled, reported the Mercury News of San Jose. Hotel rooms can cost $ 1,000 a night.

The commission also said that the hotel located about 30 miles south of San Francisco did not display signs advising the public that the beaches were free and open to all.

Although the hotel is required to have free public parking with 15 spaces and to keep another 25 public spaces in its garage, valets would park the cars of hotel guests and golfers in public areas or refuse to allow parking. public access to these spaces, the commission said.

Shelly Auyeung, communications manager at the Ritz-Carlton in Half-Moon Bay, declined to comment.

â€œMaybe creating the illusion of a private beach helps justify the exorbitant cost of the rooms,â€ said Mandy Sackett, director of state policy for the Surfrider Foundation, an environmental group.

The $ 1.6 million penalty, which was reached as part of a settlement with the hotel, is the second-largest in coastal commission history. Of the penalty, $ 1 million will go to a commission fund that provides signs, trails, stairs and other amenities to help the public use the state’s beaches. The remaining $ 600,000 will go to the Peninsula Open Space Trust, a Palo Alto land conservation group, to help purchase property north of the hotel to expand access to the public beach.

The company also agreed to expand the beach parking lot to 22 spaces, put up signage indicating that the beaches are public, better train its staff and publish the information on the hotel’s website.

Under the terms, the hotel will also be subject to penalties of $ 25,000 per violation per day for any future violations.

The hotel has already been fined for breaking coastal law. The Coast Commission first fined the hotel $ 50,000 in 2004. After the hotel failed to deliver on promised changes, it paid additional penalties in 2007 and 2011.