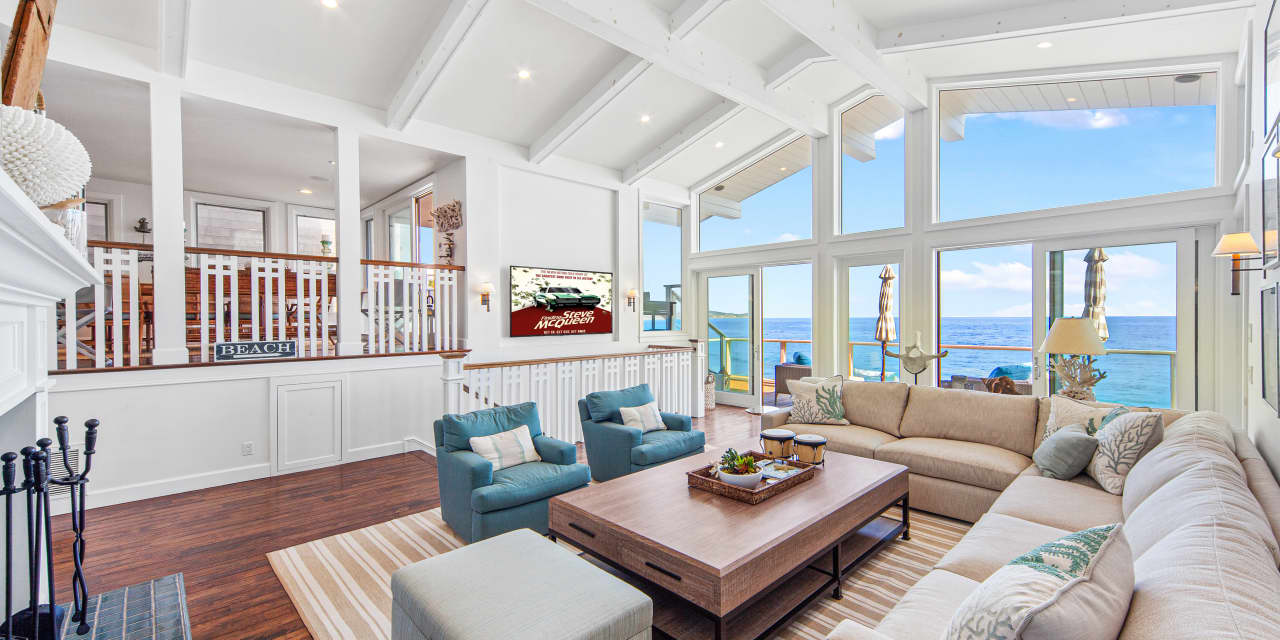 The Malibu, Calif. beach house once owned by the late actor Steve McQueen sold this week for $12.114 million.

“With the Malibu real estate market seeing a surge in sales as people seek to live near the Malibu coast, this incredible beachfront home has garnered a lot of interest from New York to Los Angeles,” said Mr. Schulz in an email. “We were able to secure multiple offers and a seamless escrow experience.”

Best known for films such as ‘Bullitt’, ‘The Great Escape’ and ‘The Thomas Crown Affair’, McQueen lived in the house in the 1970s with his then-wife, actor Ali MacGraw, reported Mansion Global when the property was listed. McQueen, known as “the king of cool”, died in 1980 at the age of 50.

The residence has been renovated since McQueen’s time, according to the listing agent. The current owners, who bought the home for $9.93 million in 2014, did a major overhaul, he said.

Indeed, the house opens directly onto the sand and overlooks the Pacific Ocean, and many rooms have water views, according to the agent. The surf break just in front of the residence.

The property also includes a kitchen with dining area and an open dining area, a living room with a minibar, a spa, several terraces and a master suite with a living room area, fireplace, marble bathroom and patio.

Sellers were not immediately available for comment. Mr. Schulz declined to comment on the buyer and records of the transaction are not yet publicly available.