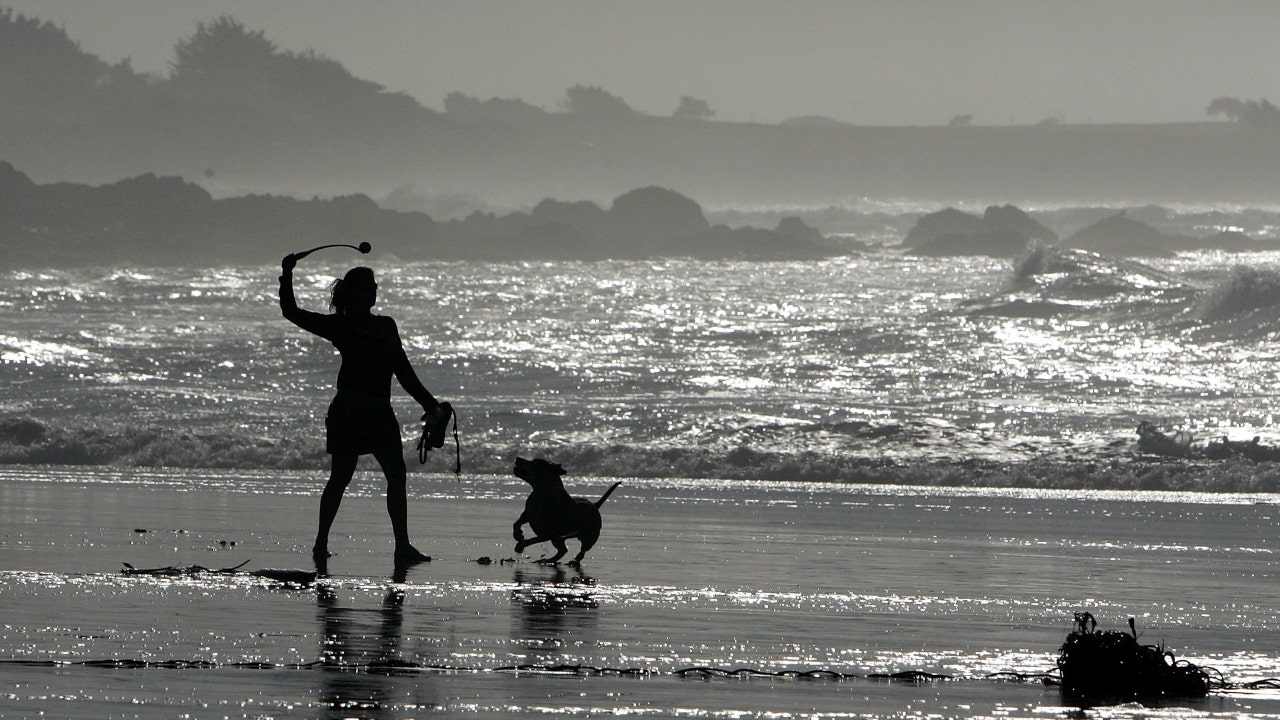 A shark off the central California coast knocked a paddleboarder and his dog off his board Wednesday morning.

The encounter happened about 150 yards from Lovers Point pier.

“During the encounter, the shark swam under, rolled over and bit the paddle board device. The Pacific Grove resident and his dog were ejected from the board during the encounter. They were able to climb back onto the board and paddle to shore unscathed,” the city said.

A woman plays with her dog along the beach February 7, 2006 in Pacific Grove, California on February 7.
(Photo by Justin Sullivan/Getty Images)

Officials said the paddleboard device will be tested for determine the species of shark.

This section of the coast will remain closed until Saturday.

SHARKS BITE BOY, 8, ON BAHAMAS HOLIDAY, REPORT SAYS ‘LIKE A SCENE FROM JAWS’

“Federal, state and local public agencies and volunteers are cleaning beaches and helping visitors get out of local waters. The area will continue to be monitored during the shutdown,” he said.

“We ask our community members and visitors to contact local public safety agencies in the event of a shark encounter,” officials said.

Photo taken in September 2013 shows a man surfing in the sea in Monterey where the starting point of 17-Mile Drive is located in California, United States.
(Xinhua/Yang Lei via Getty Images)

This is not the first incident with a shark in California waters or at Pacific Grove.

Steve Bruemmer, 62, was bitten there by a great white shark in June.

Julia Musto is a reporter for Fox News and Fox Business Digital.