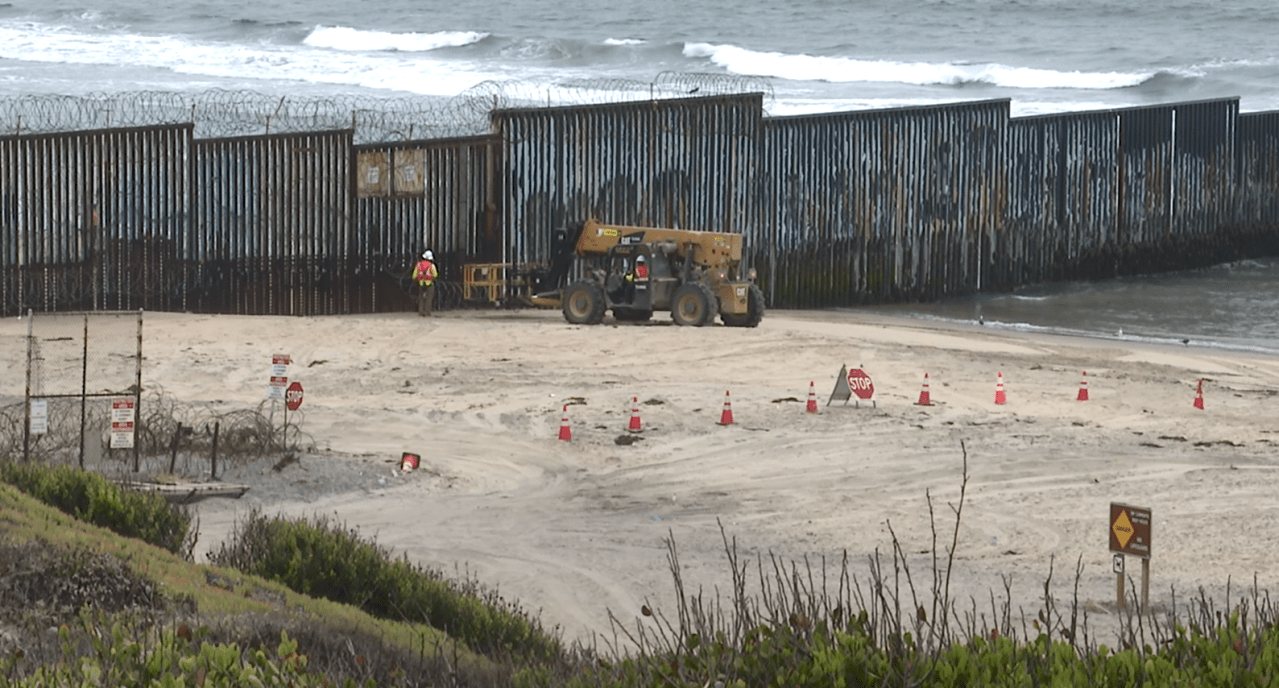 SAN DIEGO (Border Report) – Crews have begun cutting and reinstalling accordion wire as they prepare to replace the iconic section of the border barrier that stretches into the Pacific Ocean with a 30-foot wall that will also throw itself into the water.

But plans also include replacing a secondary barrier with a wall that will be just as high but stop short of the waterline, raising fears it could cut off access to Friendship Park, where people from both sides of the border can meet and even hold hands through the tiny gaps in the barrier.

“We are horrified that our park is being destroyed by 30ft walls,” said Daniel Watman, who represents the volunteers who promote and maintain Friendship Park.

Before the coronavirus pandemic, officers would open a gate on weekends and provide access to Friendship Park, if only for a few hours.

It hasn’t reopened yet.

“The park has been closed for a few years and yet families keep coming,” he said. “Last weekend there was this guy who was yelling at his mum, ‘I love you, I love you I miss you.’ It was heartbreaking.

Border Patrol says the two barriers currently in place need to be replaced because corrosion has compromised the structures, making them unsafe for the general public, migrants and officers patrolling the area.

2 plead guilty in ‘We Build The Wall’ fraudulent fundraiser

“The current main barrier, which included a monument gate, was not properly treated to resist corrosion from the adjacent ocean prior to installation,” a Border Patrol spokesperson wrote in a statement. “It is no longer structurally sound and is collapsing… The current secondary barrier has been partially removed in preparation for the construction of a new barrier before the break.”

Watman told Border Report that he and others would like to have more of a say before the walls go up.

“The plans for these 30 foot walls need to stop and stop now so the community can have a say in what the design should be, whatever changes are made to the infrastructure will be conducive to Friendship at Friendship Park,” he said.

Watman expressed disappointment with the planned work and with President Joe Biden for letting this happen.

“On his first day in office, he signed that executive order and stopped all construction. It was a huge relief and gave us hope that we could save our park,” he said. To be that it was wishful thinking, but I didn’t expect them to go back to the Trump plan to build 30 foot walls.”

Visit BorderReport.com for the latest exclusive stories and breaking news on issues along the U.S.-Mexico border