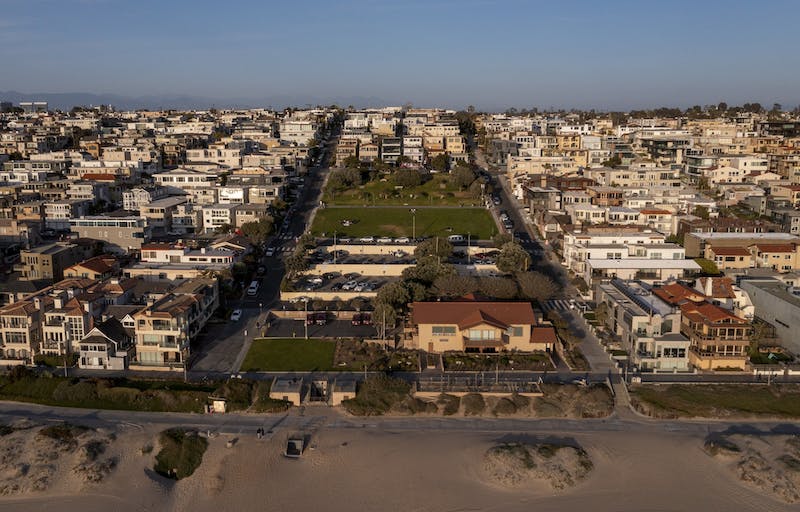 A black-owned beach in California that blacks could visit during segregation was seized by white local officials through eminent domain in the 1920s. This action reinforced segregation and turned the once bustling neighborhood into a vacancy. It was only a few weeks ago that the property was returned to the descendants of the owners.

Bruce’s Beach was established in 1912 in Manhattan Beach, California when it was purchased by Charles and Willa Bruce. It was the only resort in Southern California to accommodate black people at the time.

The Los Angeles Times reported that the station created a stir among nearby white landlords. They openly expressed their disgust with integration.

“Caucasian homeowners who have properties around the new resort lament the state of affairs,” the Times said.

Willa Bruce insisted that as the owner of the land they were going to keep it, which encouraged other black families to build summer homes and vacations at the resort. white families threatened and harassed them, and the city of Manhattan Beach took over the land.

The Bruce family did not want to give up their land and community, but the city began proceedings to ensure they had no choice. They claimed the land through eminent domain and the courts allowed them to seize the property in 1929.

This could have been avoided had the courts been more critical of process and eminent domain, which means that land can only be taken if the intention is to use it for public purposes. The city claimed it planned to develop a park in order to legally take the land.

Instead, the buildings were demolished and the property ignored for years.

A ceremony was held on Wednesday July 20. Los Angeles County officials returned the deed to Marcus and Derrick Bruce, the owners’ great-grandsons.

Kavon Ward, a community activist, led the land restitution effort with Justice for Bruce’s Beach. This is a grassroots community organization that has fought for reparations for the Bruce family.

“It’s a win, but we deserve more wins,” Ward said. AlJazeera. “And I’m going to help every black family I can try to get back the land that was stolen from them.”

Eminent domain has always permitted the destruction of lives. In 1941, the federal government took 27 acres of land in Arlington, Virginia, to build a road system around the Pentagon, according to the Arlington Historical Society. The land was home to black families and had a population of over 900. An entire community lost can never be sufficiently compensated.

Chief Duane Yellow Feather Shepard, a member of the Bruce family, said it was a “first step” in getting justice.

“We have the plan to do something like this against a city and a state, or maybe the government of the United States, for some of these atrocities that have happened to our people,” he said. “I hope the youngsters are really paying attention. Now is the time for us to stand up and speak up.

It means demanding that the systemic issues that allowed this to happen in the first place be addressed. Vague eminent domain directives should no longer be allowed to destroy lives. There are changes needed before proper repairs can be made.