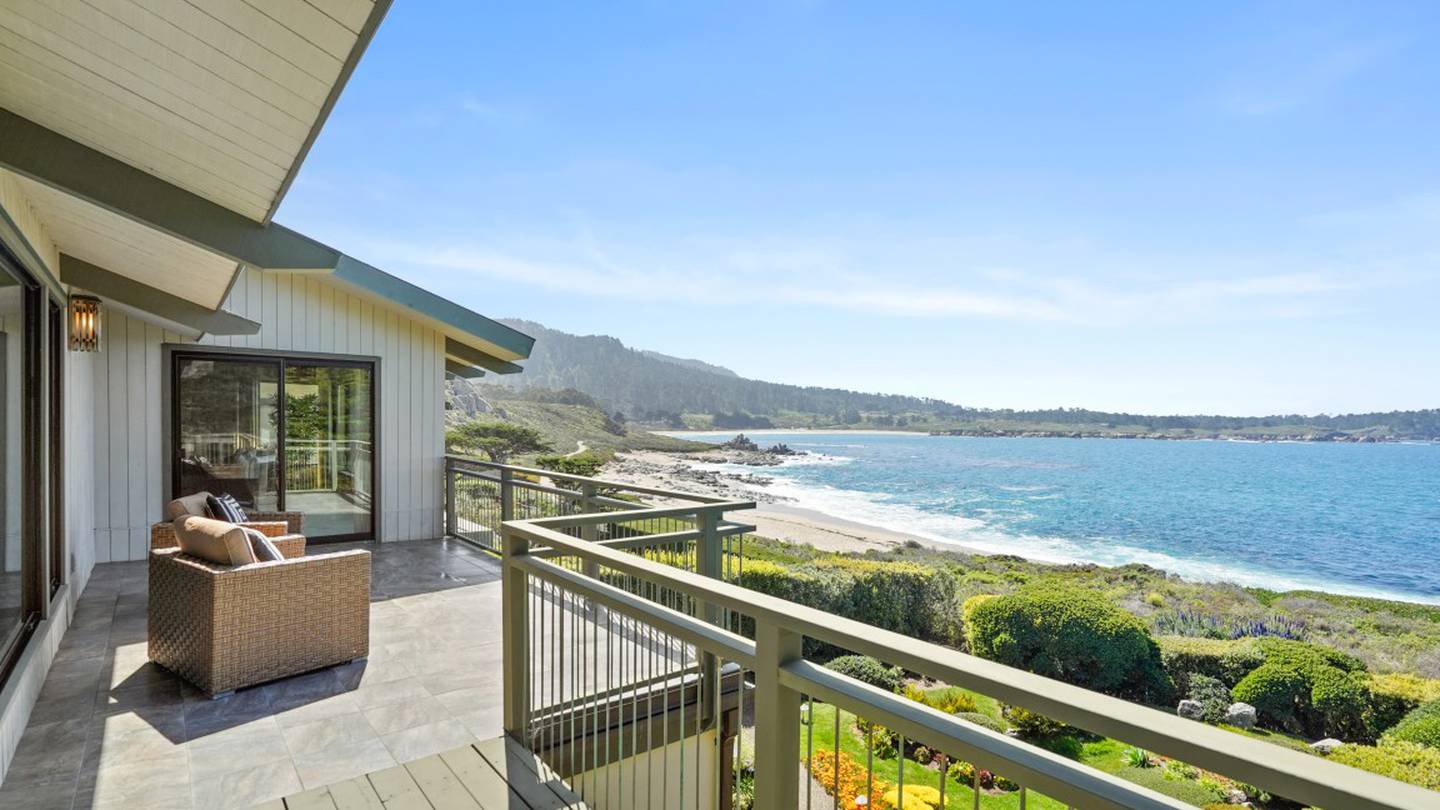 The late Betty White’s 80-year career in show business has earned her eight Emmy Awards, three Screen Actors Guild Awards, a Grammy and three American Comedy Awards. She was the first woman to write, produce and star in a sitcom, Life with Elizabethand gained worldwide fame as the much-loved Rose on The golden girls.

And when “the TV queen” needed to decompress, she retreated to her beach house in Carmel-by-the-Sea, California, which she built with her husband, Allen Ludden, in 1978. Ludden was also a TV personality and hosted the popular game show Password, where the couple met. He died in 1981 and White vowed never to marry again because, she said, she had already had the best of it.

Together the two created this beautiful home overlooking the Pacific Ocean, Point Lobos Nature Reserve, Ribera Beach and Monastery Beach. They engaged architect Richard Hicks to design the property on Ribera Road. Covering 3,621 square feet, the three-story home is open, bright, and airy, with glass walls and natural materials such as stone for some walls and fireplaces, and light wood for some walls and ceilings.

It’s an ode to the couple’s love of nature, offering views of the property’s expansive grounds and rugged landscapes beyond.

The four-bedroom property is listed for $7.9 million by Sotheby’s International Realty, Carmel. The master suite also has a fireplace, while the en-suite bathroom has a vanity designed by White herself.

A multifunctional dining room overlooks the deck and the ocean and can be used informally, open to the kitchen or closed off for more formal occasions. An understated color palette and minimalist decor throughout the property allow the views to take center stage.

The property’s garden features manicured landscaping with grass, shrubs and flower beds. Just beyond are craggy rocks on the shore, while a white sandy beach can be seen to the left and runs the full length of the property below the cliff. In addition to the ocean views, there is also a wooded hill rising above the ocean.

What is the story

A small seaside town on California’s Monterey Peninsula, Carmel was founded in 1902. Today, it offers some of the most beautiful scenery in the world, as well as historic sites, art galleries, restaurants, shops and charming hotels and inns.

Its rich artistic history is dotted with quirky anecdotes, including a 1963 law that made high heels illegal in Carmel-by-the-Sea unless wearers obtained a special permit. A city code prohibits shoes with heels higher than two inches or with a base less than one inch square. The law was created by the city attorney to defend her from lawsuits because wearers of high-heeled shoes routinely stumbled on uneven sidewalks warped by tree roots.

The area has been home to a number of Hollywood stars, including screenwriter and novelist Robert Wright Campbell, actress Doris Day and Clint Eastwood, who was elected mayor of Carmel in 1986.

“Stroll through your fairytale garden in Carmel, one of America’s breathtaking gems, while gazing at the horizon from your rare beachfront estate,” reads the Sotheby’s website. International Realty.

“Located on the popular Ribera Road, this mid-century masterpiece boasts panoramic ocean views from almost every room, thanks to the genius of architect Richard Hicks.”