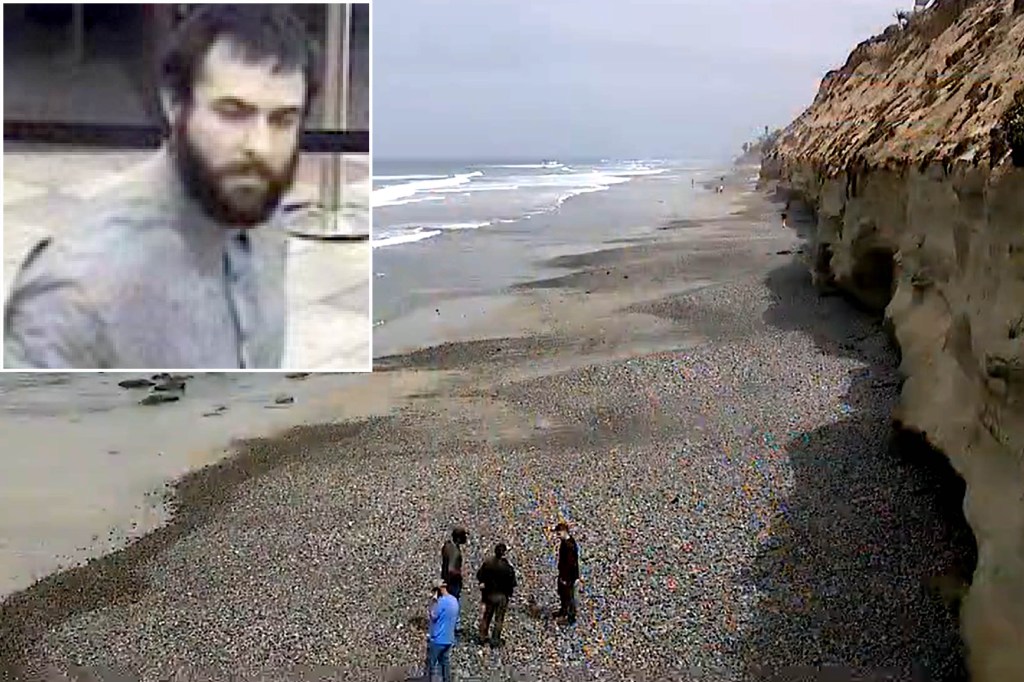 A convicted bank robber nicknamed the “bearded bandit” has been found dead on a California beach, officials said.

The body of Christopher Andrew Gibson, 32, was found Tuesday morning by a passerby near Stonesteps Beach in Encinitas, the San Diego Union-Tribune reported.

The San Diego County Medical Examiner’s Office was still working Friday to determine Gibson’s cause and manner of death – but it is not being treated as a homicide, a spokesperson told the Post.

“It’s going to take a while,” spokesman Donnie Ryan said, adding that it could take up to 45 days for the necessary toxicology tests to be completed.

It’s unclear where Gibson was living at the time, Ryan said. His family had been notified of his death, according to the county medical examiner’s office.

San Diego County Sheriff Lt. Daniel Vengler told the Union-Tribune on Tuesday it emerged that the body of the man found on the beach near South El Portal Street and Neptune Avenue had ‘washed up’ on the shore.

Investigators dubbed him the “bearded bandit” because of the shaggy facial hair he sported in the first two burglaries, according to the U.S. Attorney’s Office for the Southern District of California.

“I know your background,” Gibson told a bank employee in a paraphrased demand note before fleeing with more than $1,400, according to court documents. “No dye packs. No GPS device. I want $4,567. Hurry up because I’m not waiting all day.

A week later, Gibson robbed a second bank in Vista, walking away with $2,240. He then robbed another Chase Bank in Vista in November 2014, taking about $4,000, authorities said.

In 2015, Gibson was sentenced to nearly six years in prison for the thefts, prosecutors said. He had been in custody since his arrest in November 2014.

After being released from prison, Gibson was charged with escape for failing to return to a halfway house in December 2019. He was sentenced in January 2020 to 10 months in prison, the Union-Tribune reported.