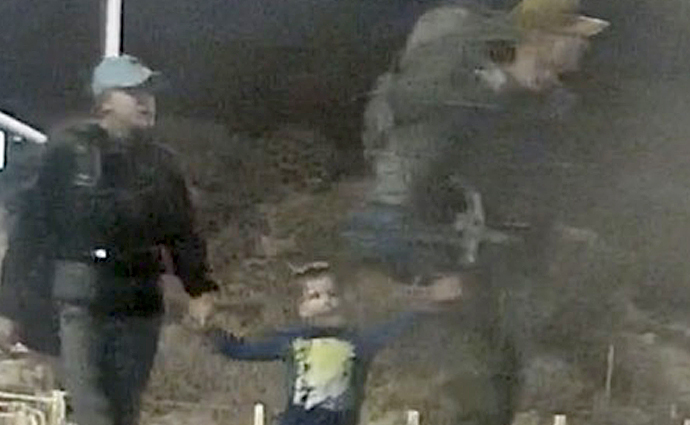 SANTA ANA, Calif. (AP) — A man arrested on a Southern California beach last week has been charged with kidnapping his 3-year-old son and having illegal sex with his 16-year-old niece.

The children were found safe and sound and Jacob Clare, 35, was arrested Thursday in Dana Point, Calif., after a resident recognized them from surveillance video released by authorities during the looking for two weeks of the three.

The boy, Noah Clare, was last seen Nov. 5 during a weekend visit with his father to Beaver Dam, Kentucky. Jacob Clare was supposed to return Noah to the boy’s mother in Gallatin, Tennessee, on November 7, but they never showed up.

Noah’s 16-year-old cousin, who lives in Beaver Dam, disappeared at the same time. She is believed to have gone voluntarily with Clare, according to prosecutors.

Jacob Clare’s mother Bonnie Krpata – the children’s grandmother – told a Nashville TV station as the three were missing that Noah had only been allowed to stay overnight for the past few months , since his father had his own trailer at home. Before that, she said, Clare had lived with her niece’s family.

“There was talk of inappropriateness,” Krpata said of Clare and the teenager. “I pray that’s not true, but we don’t know.”

Clare faces multiple felony charges including kidnapping, unlawful intercourse with a minor and incest, according to a statement from the Orange County district attorney’s office. He faces additional charges in Tennessee.

A search of surveillance video of this area revealed footage of the three on foot on November 11, with the two oldest carrying large backpacks.

On Thursday, November 18, a woman driving her son to school in Dana Point, Orange County noticed a bearded man with two children who looked like the trio in the photos. Although she later said she doubted the Clares were still in the area, she called the police. Minutes later, sheriff’s deputies apprehended Jacob Clare at Doheny State Beach.

Noah’s mother flew to California and brought the boy home on Friday.