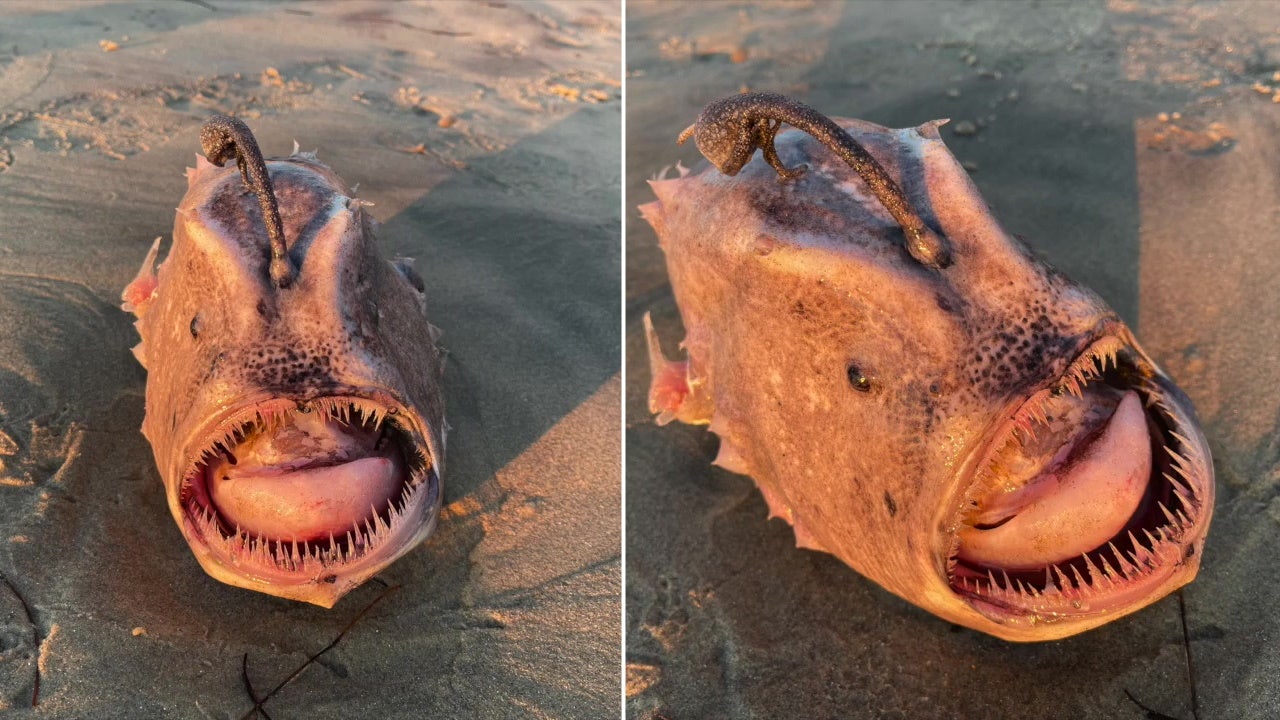 A rare monkfish washed up on a Californian beach

SAN DIEGO – It’s normally found half a mile below the ocean’s surface, but a rare deep-sea anglerfish prompted some California beachgoers to do a double take when it washed up on the sand earlier this month. -this.

“At first I thought it was a – like a jellyfish or something, and then I went and looked at it a little bit more closely, and other people gathered around it too, and then I saw that it was this very unusual fish, “Beiler told KNSD. “That’s the stuff of nightmares – the mouth almost looked bloody! I’d say it was almost a foot long.” 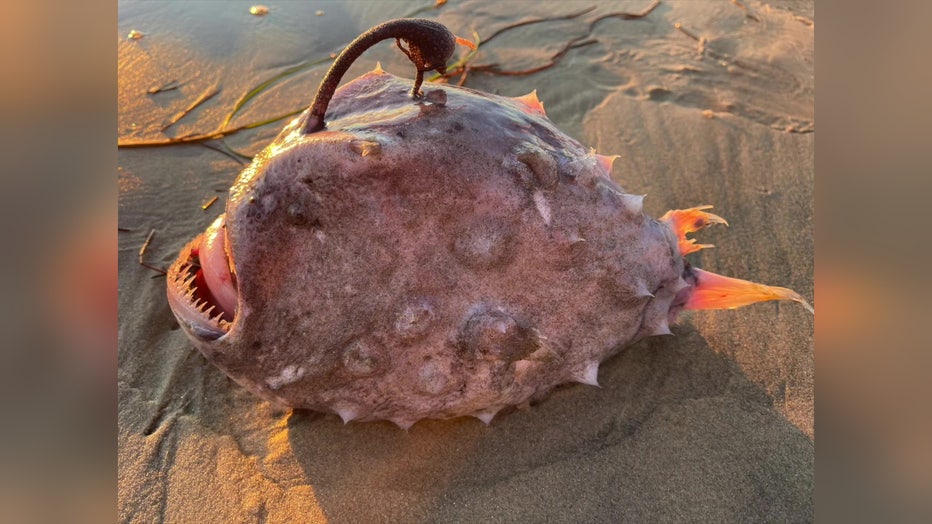 The Scripps Institution of Oceanography has identified the fish as a rare Pacific footballfish, one of the largest species of monkfish found in the Pacific Ocean. However, the species has only been seen “a few times” in California, said Ben Frable, head of the marine vertebrate collection at Scripps.

Pacific footballfish species live at depths between 2,000 and 3,300 feet, where sunlight does not penetrate, according to the California Academy of Sciences. Fish use a fleshy, bioluminescent lure from their heads to attract their prey. 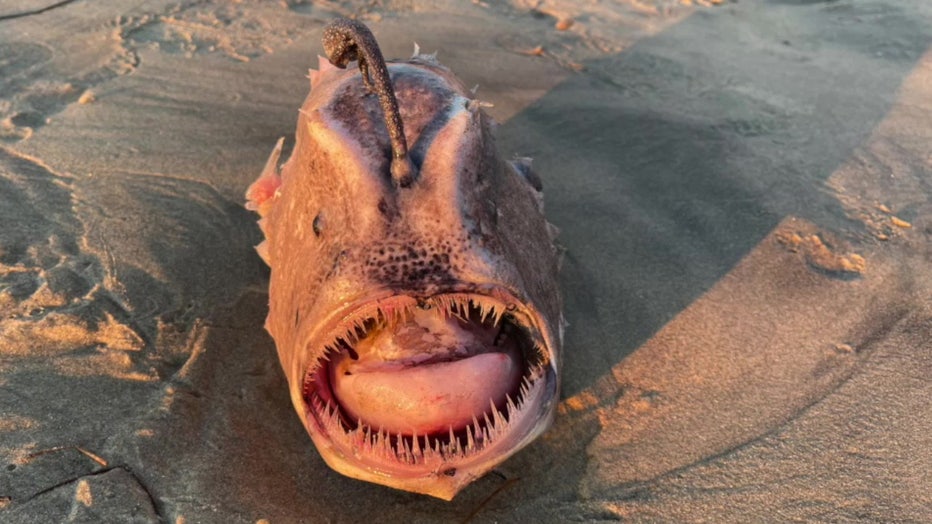 Frable identified the fish as female, noting that the females of the species have the lure on their heads, are much larger than the males, and have a mouthful of sharp teeth.

â€œI’ve never seen anything like it before,â€ Beiler told KNSD. “I go to the beach quite often, so I know the area well, but I’ve never seen such a formidable organism as this.”

Storyful contributed to this report.