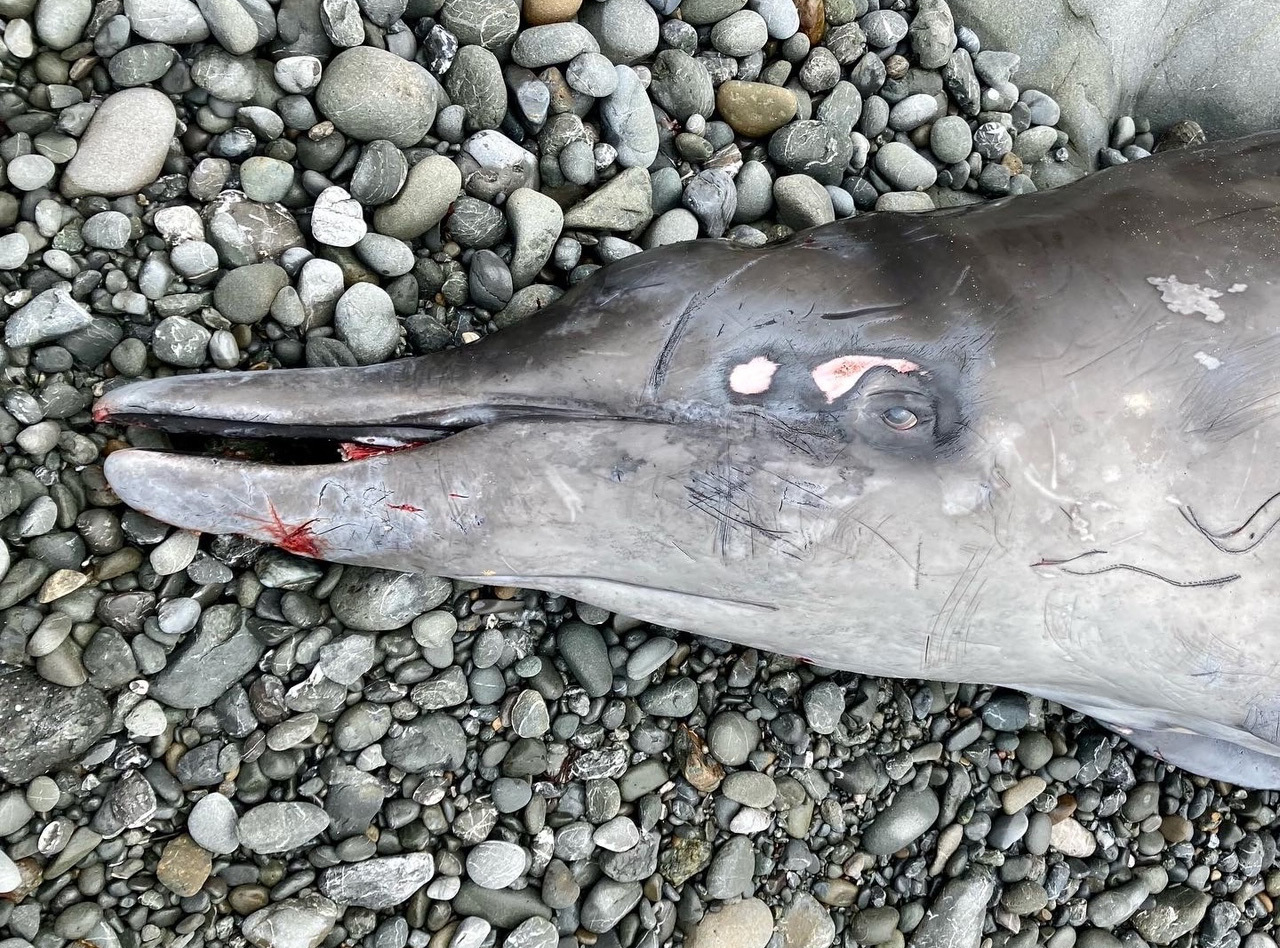 A mysterious type of whale that people rarely encounter washed up on a California beach 3.5 hours north of San Francisco on Sunday.

The 16-foot-long carcass of the beaked whale, an odd-looking sea creature resembling an oversized dolphin with tiny fins, was found by a passerby at Jug Handle State Natural Reserve in County of Mendocino, near Fort Bragg. Sightings of this species are unusual because the sharp-nosed whale spends most of its time in deep ocean waters.

“It’s so rare for people to see them that it’s a really big stranding,” said Moe Flannery, senior manager of ornithology and mammalogy collections at the Cal Academy of Sciences. “They’re not seen very often – alive or dead.”

A team of scientists with the Noyo Center for Marine Sciences at Fort Bragg performed an autopsy in conjunction with the Cal Academy of Sciences in San Francisco and the Marine Mammal Center in Sausalito. (You need special permission and permits to collect all parts of a dead marine mammal.)

“I think it’s very humbling sometimes to see these animals washed up on shore and seeing them so close, rather than being in the water or seeing it on video,” said Trey Petrey, head of interpretive facilities at the Noyo Center, which was on site on Sunday. “It’s a bit heartbreaking to see them dead, but it’s a good experience for anyone interested in marine science to have the opportunity to see a specimen like this.”

The team is investigating the cause of death and any other environmental factors that may have impacted the animal.

“There appears to be trauma near the jawbone, but until they get a closer look at the skull itself, it’s hard to tell where it came from,” Petrey said.

Scientists took tissue, fat, organ and skull samples and sent them to the Marine Mammal Center for genetic testing that will confirm the species. It could take several weeks to complete the scan.

“This carcass was particularly fresh, so all samples will be analyzed and they will also go into the National Marine Mammal Tissue Bank,” Flannery said. “The bones will be a catalog specimen in the Cal Academy collection and will be available to researchers around the world.”

There are several species of beaked whales, up to two dozen by some counts, and Flannery said this specimen is likely a Hubbs or Stejneger’s beaked whale.

Beaked whales are known for their ability to dive deeper and stay underwater longer than any other marine mammal. Because these whales spend so much time underwater, traveling up to 10,000 feet below the surface to search for food, they are poorly understood by scientists. A Article from the New York Times 2020 reported on an article documenting a 3-hour, 42-minute dive by a Cuvier’s beaked whale and concluded, “Scientists still don’t know how marine mammals go so long without air.”

As part of the Marine Mammal Stranding Network, and licensed in partnership with the California Academy of Sciences, the Noyo Center for Marine Science responds to marine mammal deaths on the Mendocino Coast, from Gualala to Rockport, and can be reached at 707- 813-7925.

The Marin County Marine Mammal Center is the network organization responsible for responding to all live marine mammals in distress from San Luis Obispo to Rockport, and can be reached at 415-289-SEAL.