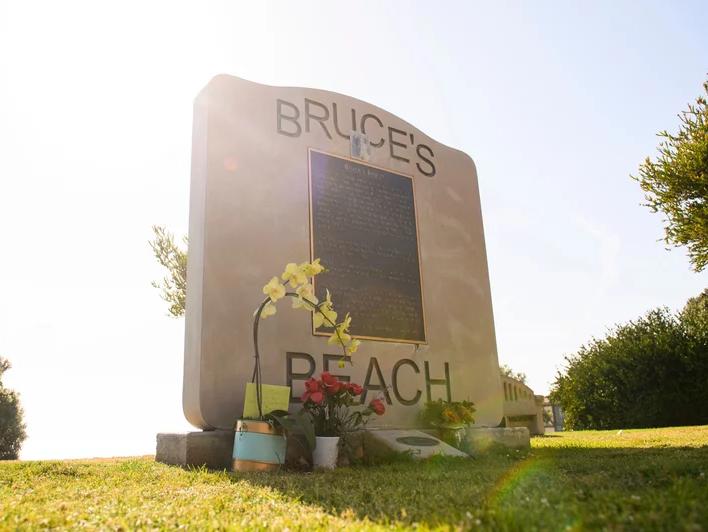 A California beach was seized from black owners in 1924. Their family just got it back

A tract of beachfront land along the Southern California coast has been returned to the descendants of a married black couple who lost it to eminent domain nearly a century ago.

Bruce’s Beach, a once-thriving resort for black families owned by Willa and Charles Bruce, was seized by the City of Manhattan Beach in 1924 with the stated purpose of building a park.

But historical records compiled in a recent report on the incident, which included a series of complaints from white neighbors at the time, show the land was doomed because its owners and patrons were black.

On Tuesday, the Los Angeles County Board of Supervisors voted unanimously to return the land to the Bruce’s great-grandsons.

“This is a day we weren’t sure would ever come, the return of our family’s property has happened through the hard work of many, many people. It means the world to us, and we know how important this is to people across the country,” Anthony Bruce, family spokesperson, said in a press release.

“But it’s also bittersweet. My great-great-grandparents, Willa and Charles Bruce, sacrificed themselves to open a business that gave black people a place to gather and socialize, and Manhattan Beach took it from them. because of the color of their skin.” Bruce added.

The county will lease the land from the Bruce family for $413,000 a year for two years, with the option to buy it later for up to $20 million. The County Fire Department currently uses the area as a lifeguard training center.

“It’s never too late to right a wrong,” said supervisor Janice Hahn. “Bruce’s Beach was taken almost a century ago, but it was an injustice inflicted not only on Willa and Charles Bruce, but on generations of their descendants who would, almost certainly, be millionaires today if they had been allowed to retain their beachfront property.”

The transfer marks the conclusion of an effort to return the land, which belonged to Los Angeles County, to the descendants of the Bruce family and repair its seizure during the Jim Crow era.

California Governor Gavin Newsom sign a bill in September allowing the transfer to go ahead.

“I want to apologize to the Bruce family for the injustice done to them,” Newsom said during the signing of the bill, according to NBC Los Angeles. “We haven’t always had a proud past.”

Previous state law required Los Angeles County to use Bruce’s Beach for public recreation and prohibited the county from transferring it, but the new law removes those restrictions.

CapRadio provides a reliable source of news thanks to you. As a nonprofit, donations from people like you support journalism that helps us uncover stories important to our audiences. If you believe in what we do and support our mission, please donate today.