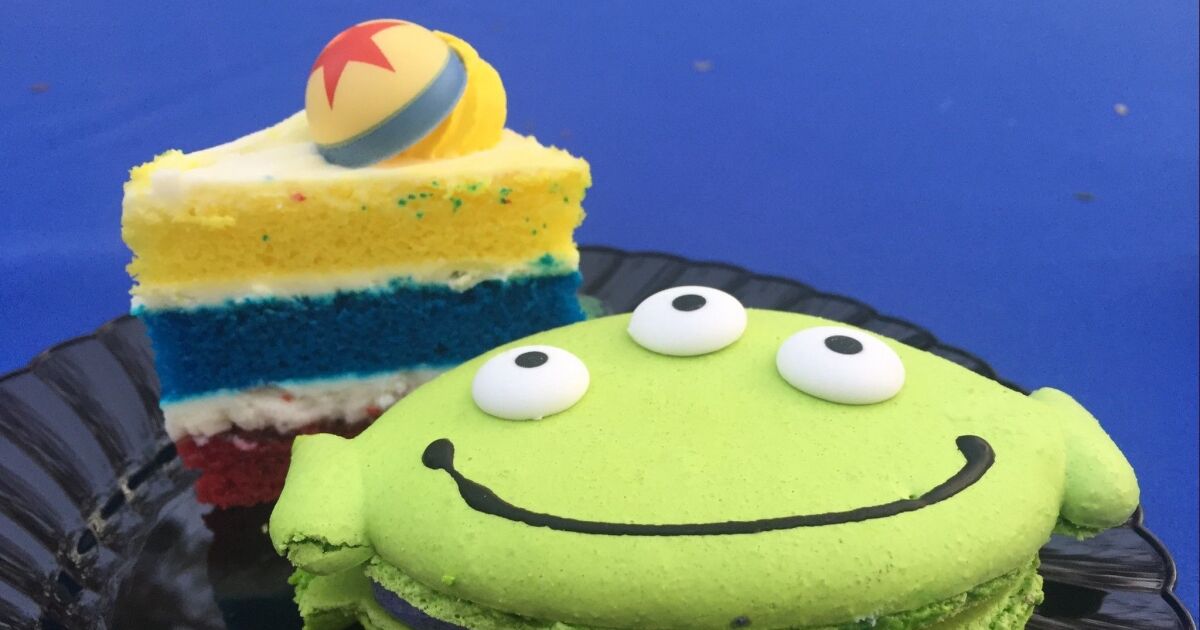 There are also dozens of new food items to try at both parks this summer as well as a new mobile ordering feature on the Disneyland mobile app that lets you skip the lines at six quick-service restaurants. popular at Disneyland and nine restaurants at Disney. California Adventure (DCA).

First download the app on your mobile phone and create an online ID. Click the “order food” button under “My Plans” then browse for restaurants that offer mobile ordering. Click on the restaurant of your choice, choose a half-hour “arrival window” when you are near the restaurant, then choose and pay for your meal. As you approach the restaurant, you will receive an alert to “check in”. This signals the restaurant staff to prepare your food. They’ll send you a text alert when your meal is ready for pickup. No lines, no fuss. I sampled the service in May and after checking in my meal was ready to be picked up in about four minutes.

For summer visitors, I’ve put together a list of some of this summer’s favorite new foods at Disneyland Resort, as well as some all-time favorites.

These oversized French-style macaron cookies, resembling the aliens from the Disney Pixar “Toy Story” movies, have the perfect crispy/chewy consistency and a not-too-sweet center. They cost $5.99 but are enough for two to enjoy. Available at Alien Pizza Planet (formerly Pizza Port) in Tomorrowland, Disneyland.

I’ve been a longtime fan of the chicken fusilli pasta at this place, but I’m a new fan of this summer’s Pixar special, the Green Miso Pesto Pasta. The miso broth gives the pasta a nice smoky flavor and the bacon on top adds another layer of richness. $10.49. Alien Pizza Planet at Tomorrowland, Disneyland.

The new Adorable Snowman Frosted Treats shop on Pixar Pier offers one of summer’s most refreshing treats. This is a non-dairy lemon cone dipped in a frozen “snowfall” of hardened white chocolate. So good that I ate two. $4.59. Pixar Pier, DCA

One of the most affordable and filling snacks at the parks is this freshly baked garlic bread-like twist found in the Maurice’s Treats Snack Cart at Disneyland’s Fantasy Faire. It’s a good snack for two. Be sure to order a side of 89 cent hot marinara sauce for dipping. $5.29. Fantasy Fair, Disneyland.

This hearty bowl of old-fashioned delights is served at Carnation Cafe. It is topped with bacon, cheddar and Monterey jack cheeses, sour cream and chives. Order a bowl on the terrace in the late afternoon and watch the parade pass you by. $7. Carnation Cafe, Disneyland.

There’s almost always a line winding through Adventureland for Dole Whips, a must-stop for many Disney Passholders at the Tiki Juice Bar. The sweet pineapple soft serve is sold on its own, or I recommend spending an extra dollar to have it served in a floating cup surrounded by fresh pineapple juice. $5.99. Tiki Juice Bar, The Enchanted Tiki Room, Adventureland, Disneyland.

Although Harbor Galley’s portion of lobster salad isn’t huge, it’s freshly made and flavorful with a nice twist of lemon and served on a buttery toasted bun. It is served with a hearty side dish of freshly baked potato chips. This restaurant usually has short queues and it has a hidden back patio which is quiet and almost always has a free table or two. $14.99. Harbor Galley, Critter Country, Disneyland.

A must-stop for young picky eaters, the “Cars”-inspired Cozy Cone Motel serves up quick-serve cone-shaped snacks in traffic cone-style kiosks. One of the tastiest dishes is this bread cone filled with beef chili and topped with cheddar cheese and tortilla chips. A vegetarian chili is available. $8.99. Cone 3, Cars Land, DCA.

My trip to Disneyland is never complete without an order of salted butter popcorn, along with a Diet Coke. There’s a nostalgia factor to enjoying the same salty treat on virtually every visit since the 1970s. $4.25. Found in cars through parks.

Morning visitors line up in New Orleans Square for freshly fried Mickey Mouse-shaped donuts sprinkled with powdered sugar. They are very mild but delicious with coffee on a chilly winter morning. $4.99 for three or $7.99 for six. Mint Julep Bar, New Orleans Square, Disneyland.

Last, but certainly not least, the grandfather of decadent food at Disneyland Resort is this aperitivo at Lamplight Lounge, which opens June 23 in the space of the former Ariel’s Grotto restaurant on Pixar Pier. Hot chunks of lobster are layered on a traditional nacho plate of tortilla chips, cream of chipotle, melted aged cheddar and Oaxacan cheeses, black beans and salsa. $20. Lamplight Lounge, Pixar Pier, DCA.

For more information on summer activities at the Disneyland Resort, read this recap on Pixar Fest.

Spend the night, but abandon the tent