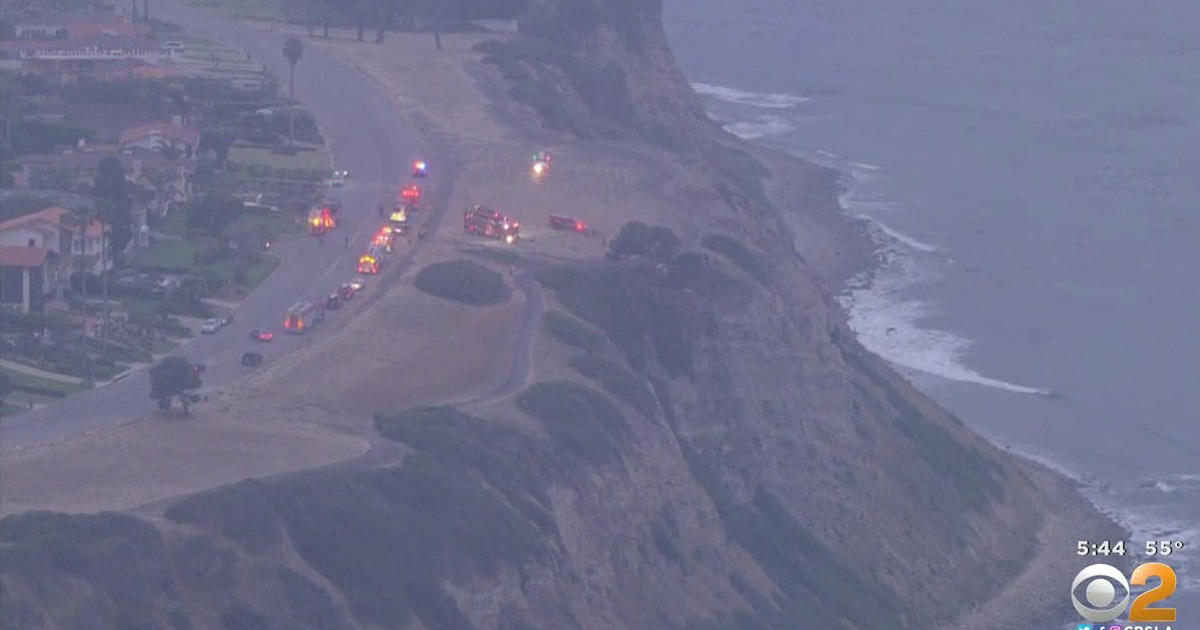 Southern California firefighters found one dead and three injured on a beach at the base of an ocean cliff early Monday, authorities said. Two of the people suffered traumatic injuries while the fourth person suffered a minor injury and was able to walk away, CBS Los Angeles reported.

Palos Verdes Estates Police called the Los Angeles County Fire Department before dawn to report a person possibly “on the side” of the cliff. Firefighters found the four people 300 feet down the cliff, said fire dispatch supervisor Martin Rangel.

One person was dead, two had trauma and one suffered minor injuries, Rangel said.

The victims were only described as two women and two men.

No car was involved in the fall, and authorities say it is not known how the four people fell. LA County Fire officials say they all appeared to have been on foot.

Palos Verdes Estates is on the Palos Verdes Peninsula at the southern end of Los Angeles County. A trail runs along the top of the cliff above the Pacific Ocean.

The area where the fall occurred was described as very unstable, with very loose ground and no fencing in the area, CBS Los Angeles reported.

The Associated Press contributed to this report.